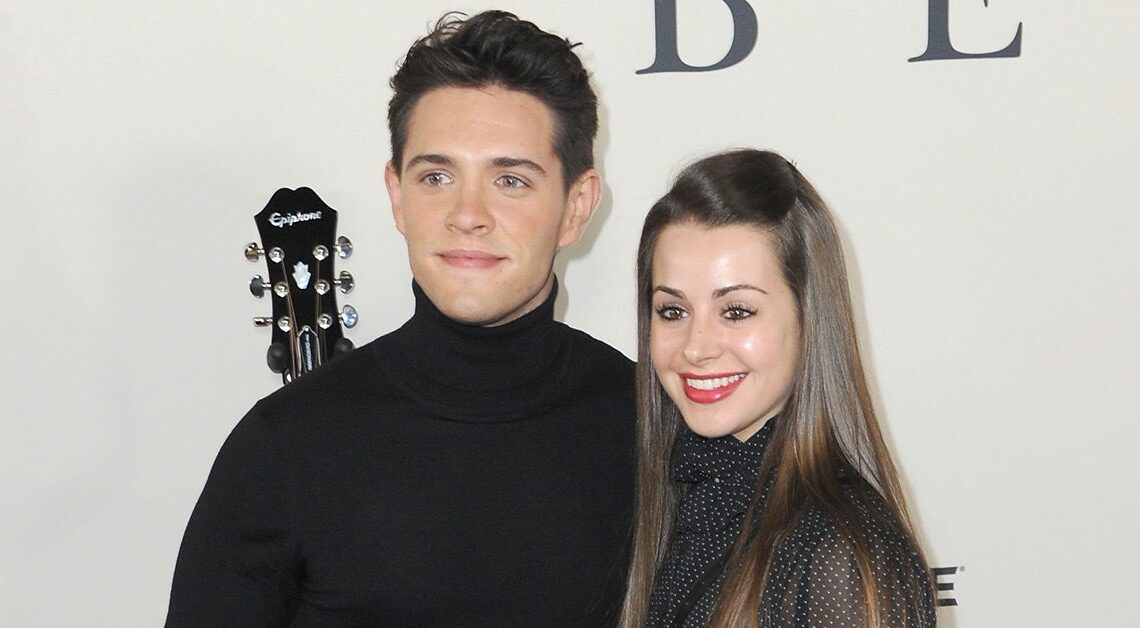 Casey Morton Cott (born 8th August 1992) is a great and phenomenal actor who decided to follow his passion and pursue his dreams.

He started by acting in local theatres and now stars in an internationally known series. Fans hope to see him working on bigger and better projects as he is truly talented.

Casey Cott shot from anonymity to superstardom after landing his role on Riverdale. His portrayal of his character made him an instant fan favorite.

He joined the series in 2017 as a recurring cast and became a series regular in the second season. He plays an openly gay high school student in the series, the first of its kind in the history of Archie Comics, which eventually made him popular in America.

Casey Cott started off as a recurring character in the first season of the series, which is based on characters from Archie Comics publications. Then, luckily, he got promoted to a series regular. His role as Kevin Keller left many questioning his sexual orientation as his movie role was a homosexual.

In the history of Archie Comics publications, this is the first appearance of an openly gay character. He must have impressed the producers for them to find him fit for this role, considering that it is something new for the publications and their fans.

Casey Cott was born on 8th August 1992. He grew up in Chagrin Falls, Ohio.

He was born the middle child of three children to his parents, Rick Cott, an investment manager and former fighter pilot in the Air Force, and Lori Cott.

His older brother, Carly Cott, is a Broadway actor, while his younger sister, Corey Cott works as a partner operations coordinator at Bionic Solution.

Casey Cott‘s interest in acting developed after he failed at sports. Casey Cott said out, “I always wanted to be good at sports, but I just wasn’t. My dad always says I’m a late bloomer.”

Casey Cott participated in his first school play in his junior year of high school. He then started performing in local theaters in Ohio.

Casey Cott spent most of his early life in Chagrin Falls, Ohio, where he attended Chagrin Falls High School, then enrolled at Boston University.

After two years, he transferred to the Carnegie Mellon School of Drama, earning his degree in 2016.

Casey Cott began his acting career performing in local Ohio theater, appearing in productions of Bloody Bloody Andrew Jackson and Romeo and Juliet, among others.

Upon moving to Pittsburgh for school, he got involved in the area’s regional theater scene while performing in university theater productions concurrently.

On March 12, 2016, during his final year at CMU, Casey Cott was cast as Kevin Keller on the CW drama series Riverdale, a TV adaptation of the Archie Comics universe. The character of Kevin is notable due to his status of being the first openly gay character in the history of Archie Comics.

Casey Cott stated in a Facebook video released to fans in March 2017 that he originally auditioned for the roles of Archie Andrews and Jughead Jones before landing the role of Kevin. He was promoted to a series regular for the second season.

On March 12, 2018, at the SXSW Festival, Casey Cott announced his upcoming role in the film The Mascot, written and directed by Matthew Perkins. Cott will be playing the lead role of Nick Shepherd; an ex-quarterback turned mascot.

However, as of early 2019, production has stalled on the project. In the second half of 2018, Casey Cott took part in the filming of the movie All the Little Things We Kill, in which he plays the supporting role of Trever Olsson.

In March 2019, it was announced that Casey Cott would star as the titular character in a Kennedy Center production of The Who’s Tommy, starring opposite Mandy Gonzalez and Christian Borle.

Talking about Casey Cott’s online popularity, he’s nothing short of overwhelming. He has an impressive social resume with over 5 million Instagram followers, which is full of photos from his everyday life, partying with friends and family, and working pics from the projects he signed in.

Although he is rumored to be gay due to his character portrayal in Riverdale, Casey Cott is straight in real life, and at some point, it was rumored that he was dating Sabrina Carpenter. The rumors emerged after Casey Cott played the role of Sabrina’s love interest in her Why music video.

There was also a rumor that he did wedding with his girlfriend turned wife but that remains a rumor. According to Teen Vogue, he is engaged to his girlfriend whose name he has kept private too.

He now resides in New York City, and on December 19, 2020, he announced his engagement to his girlfriend, Nichola Basara.

Although Casey Cott’s exact net worth has not been disclosed to the public, sources familiar with the matter have estimated him to be worth around US$3 million.

That includes a hefty US$55,000 paycheck for every episode of the series he acts. Apart from his lucrative acting remuneration, Casey Cott has an impressive social media following, with millions of people following him on various social media platforms.

These days, social media is also a money-making platform, and having said that, Casey Cott earns a handsome amount of money for every sponsored post.