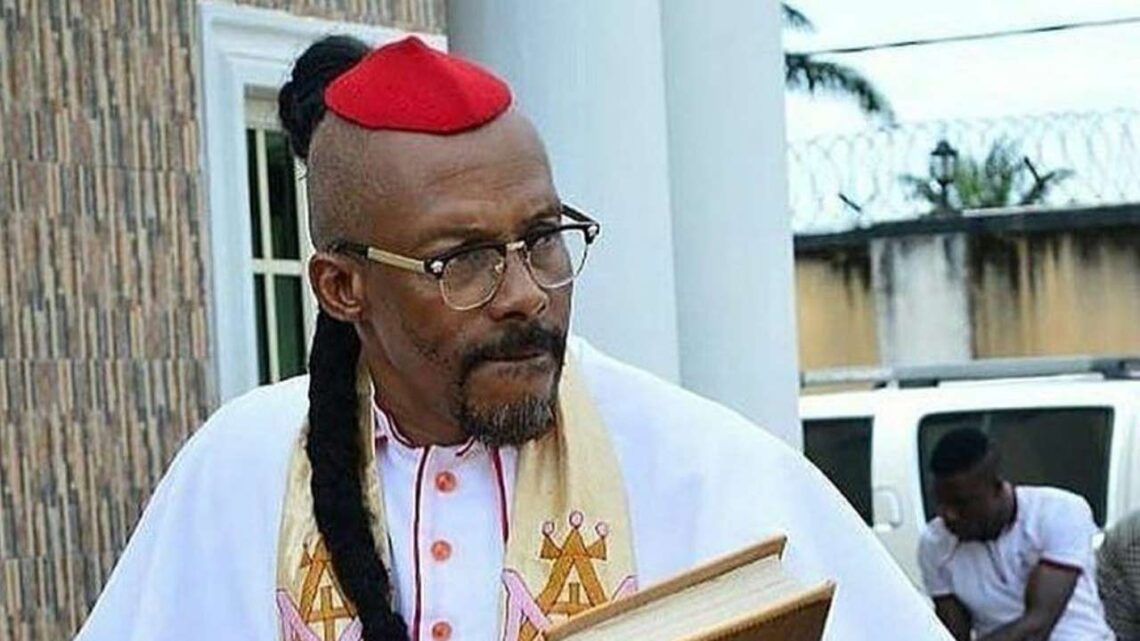 He is widely and famously known for playing a villain or bad boy in different movies he gets featured in.

He has appeared in several films since making his debut in 1993.

Hanks Anuku was born in Ibadan, Nigeria, in 1960, just a few weeks before the country’s independence.

He grew up in Ibadan and had his primary and secondary education in the largest city in West Africa, Ibadan.

However, the famous actor is originally from Delta State.

In 2017, Hanks Anuku was naturalized as a Ghanaian citizen and relocated to Accra, Ghana, with his family after changing his name from Hanks Anuku to Nana Kwame Fifi Kakra Anuku.

Hanks Anuku has renounced his citizenship in Nigeria and is now a certified citizen of Ghana.

Hanks Anuku had his primary and secondary education in Ibadan. He attended Loyola College, Ibadan, and after his secondary education, he furthered his education at Auchi Polytechnic, Auchi, Edo State, where he bagged the higher national diploma (HND) in Mass communication in 1981

Hanks Anuku joined the movie industry in 1993, not long after he returned from the United States (he is a naturized citizen of the US), where he had a brief stint as an actor.

But it was not until 1994 that the tall and fair-skinned actor made his debut in the movie by Fidelis Duker titled Skeleton. He rode on the back of the success of Skeleton to feature in other movie productions, including Wild Romance, Akidi, Dear Sister, and Django.

Hanks Anuku came to the limelight in the industry when he was featured in 1994 in a popular movie; The Senator, it was the movie that set him higher among his colleagues then, and he was able to optimize the fame for his career growth.

He is a lover of adventure, which made him have traveled to several countries across the globe. He said he usually gets bored when he stays in a particular location for too long. He was quoted saying this in an interview “It’s boring when you stay in a place for too long.

As someone, who loves adventures, I take time out to travel and relax. Even when I have to be around for a long time because of work, I drive around.

The demand on us is much, which is why I normally will travel to relax or unwind so as not to tire out.”

Hanks Anuku admitted to having infected his wife with HIV sometime ago, which led to his marriage’s collapse. However, his marriage is blessed with three children. He is currently staying in South Africa.

As one of the legendary Nollywood actor, Hans Anuku‘s net worth is estimated between $800,000 – $1 million.