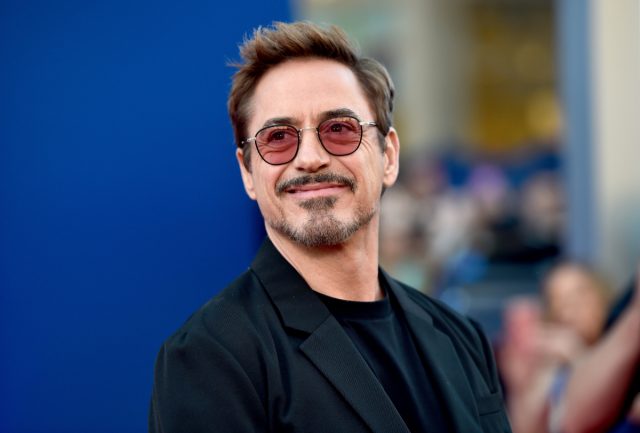 He was born in Manhattan, New York City to a Jewish father and first featured in a movie in 1970’s Pound, only aged five.

Robert Downey Jr. settled down with Susan Levin in 2005 after two failed marriages and is currently a father of three.

He also holds a net-worth estimated at $170,000,000 and once graced Forbes Magazine as a top-earning actor.

He spent most of his childhood in Manhattan, New York City, where he was born.

He was also the youngest of two children and is known for ties to multiple ancestries.

Robert Downey Jr.‘s father was of Lithuanian, Jewish, Hungarian and Irish descent; while his mum stemmed from Scottish, German, and Swiss backgrounds.

Robert Downey Jr.‘s father played a major role in his upbringing. Initially, he was known as Elias; but had to change his name before enlisting in the army.

His sister, Allyson Downey, was also a close figure spending time with him in Greenwich village. With a childhood marred by drug and alcohol addiction, Robert Downey Jr. had to outlive an unfortunate blueprint made by his father.

At six, Robert Downey Jr. was exposed to marijuana; which dented his emotional stability at the time but created a very strong relationship with his father.

‘When my dad and I would do drugs together, it was like him trying to express his love for me is the only way he knew how,’ he stated.

On countless nights, he would spend time drinking and putting out calls to acquire drugs. It was also during this period that the 56-year-old actor and movie producer was introduced to a life of on-set performances; with his first role in a movie coming when he was five.

Eventually, he moved to England and studied classical ballet as part of a larger curriculum, but returned to California after his parents divorced in 1978, to stay with his father.

Robert Downey Jr.‘s time at school was an intertwine of stage performances and academic tutelage. Seen as a bright prodigy by his peers, he played subtle roles in his father’s movies and kick-started an illustrious life in 1970; by featuring in ‘Pound‘ as a sick puppy.

After moving to England, he joined a performance school where he took classical ballet sessions as part of a larger curriculum. He was ten at the time. He also attended the Stagedoor Manor Performing Arts Training Center in upstate New York as a teenager, before moving to California with his father.

In 1982, he dropped out of Santa Monica High School and headed to New York to build a life in the movie industry. During his time in Hollywood, Robert Downey Jr. learned the ropes of the affluent industry with fellow actor, Kiefer Sutherland. They both shared a room for three years before stealing the limelight in the late 80s.

Many believe that Robert Downey Jr.‘s success in the movie industry stems from an accrue of perfected flaws in his early days. He started off in a brief off-Broadway musical, American Passion, in 1983, before putting up an infamous performance on Saturday Night Live two years later.

Due to the very low ratings received by Robert Downey Jr. and the crew, the show producers had to reshuffle the backroom staff which led to him moving on to other endeavors.

As expected Robert Downey Jr. made a comeback by featuring in Tuff Turf as James Spader‘s support character. He was also cast in Weird Science and the 1986 movie, Pretty Pink, before his first major role in The Pick-up Artist a year later.

The Manhattan-born actor began to stake a claim in Hollywood, seeing a rise in his value in the industry. In 1987, Robert Downey Jr. played Julian Wells, a drug-addicted rich boy whose life rapidly spirals out of his control, in the film version of the Bret Easton Ellis novel Less Than Zero.

With a host of impressive reviews, Robert Downey Jr. stacked up the dollars; featuring in high-class scenes in Chances Are (1989), Air America (1990), and Soapdish (1991) with Sally Field, Kevin Kline, and Whoopi Goldberg.

The mid-90s proved rewarding for Robert Downey Jr. with huge call-ups to cast in Only You with Marisa Tomei, and Natural Born Killers with Woody Harrelson. Other movies listed in his records include Restoration (1995), Richard III (1995), Two Girls and a Guy (1997), U.S. Marshals (1998), and Black and White.

Although his career was marred by numbered controversies for years, Robert Downey Jr. proved a stalwart figure staging comebacks consistently. In 2007, he played a lead role in the film, Iron Man, directed by Jon Favreau. For the role, he had to add more than 20 pounds (9 kilograms) of muscle in five months to portray his character.

He also hosted The Age of A.I, a YouTube documentary series released in 2019. In 2020, he played a lead role in Dolittle, starring as a 19th-century Welsh veterinarian who can communicate with animals.

Due to his passion for music, Robert Downey Jr. juggled his acting career with musical performances over the years. On June 14, 2010, Downey and his wife Susan launched a production company called Team Downey, with their first project being The Judge.

Robert Downey Jr. dated actress Sarah Jessica Parker in 1984 after meeting her during a movie shoot. However, the relationship was short-lived due to Downey‘s drug addiction.

Eight years later, he tied the knot with actress and singer, Deborah Falconer. They both parted ways after legal proceedings in 2004; due to Downey’s long stay in rehab and his personal struggles.

Robert Downey Jr. proposed to Susan Levin on the night before her thirtieth birthday after they met in 2003. In August 2005, they got married in a Jewish ceremony.

He is currently the father to Indio Falconer Downey, Exton Elias, and Avri Roel.

With an acting career spanning over five decades, Robert Downey Jr. is amongst a selected class of high-earning Hollywood figures. He currently holds a net worth estimated at $170,000,000.