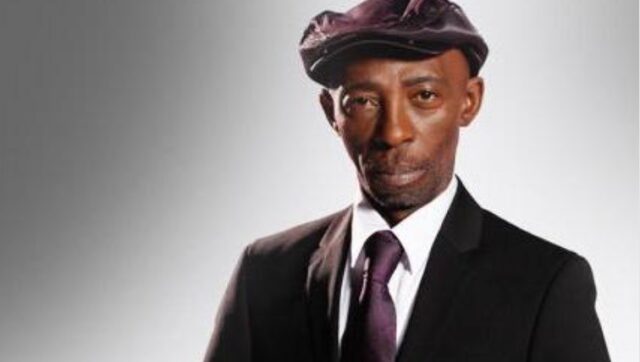 Setlhabi Taunyane is a 66 years old famous South African actor, writer, director and filmmaker born on the 27th of April.

The famous e.tv personality hit the spotlight for casting as Kop Khuse in the famous South African drama, Rhythm City.

Setlhabi Taunyane was born on the 27th of April, 1956 in Johannesburg, a city in Gauteng located in South Africa.

He experienced his childhood in Johannesburg combined with his education and career. The famous SA television personality was in Canada for over 10 years before relocating back to his motherland, South Africa.

Setlhabi Taunyane has been exiled by his family which led him to the street for over 6 months before redefining himself. His story has been a source of motivation for the coming generation.

Setlhabi Taunyane passion for acting started when he was still youthful, he was involved in series of dramas, marking his name as one of the renowned South African actors.

He featured in movies and series such as Soul Buddyz and Justice For All. The perfection of his script and outstanding performance has made him one to role model in the South African movie industry. The 64 years old actor has been a mentor to several fast-rising South African actors and actresses.

In 2007, he appeared in the popular series Isidingo, Society and Hard Copy. The role he played in the following television series has stood as an inspiration to most of the aspiring actors and actresses who grew up to love him.

Setlhabi Taunyane is well appreciated for his roles in movies too which includes Where Others Wavered and many others. He has been privileged to perform in foreign countries including the United States Of America, Australia, Canada to mention a few.

Setlhabi Taunyane who has been a name to reckon with has been in the industry for a very long period of time and his consistency is compared to none. He has been a world-class actor when the South African movie industry becomes a conversation. His most populous appearance on the screen is the Kop Khuse character he portrayed in the television series, Rhythm City.

There’s no media publication detailing Setlhabi Taunyane family life. There is absolutely nothing known about his girlfriend, spouse or wife to be made available in the media spaces.

Rumor has it that he was married and also rejected by his family but this article would be updated as soon as that is made available.

The South African television personality, Setlhabi Taunyane has an estimated net worth accumulation of $100,000-$500,000.

DISCLAIMER!!: Every Biography and Contents Published On TheCityCeleb are For Knowledge Reason, Don't Hesitate to Reach Out to Us/Contact for Any
Correction || Suggestion || Copyright Infringement!!
Click To WhatsApp Us For Faster Reply!
COR[email protected]