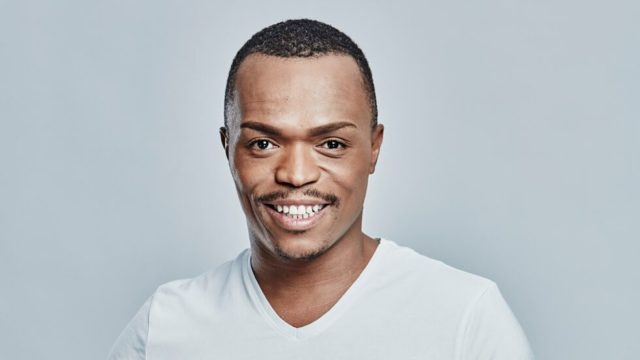 His success story started as a teenager when he landed a role in 1987’s Scavengers before going on to feature in multiple TV series and shows.

Motaung co-hosted the South African Music Awards in 2016, 2017, and 2018 consecutively and also performed at the 2010 FIFA World Cup ceremonies.

He is currently married to his gay partner, Mohale Motaung.

Somizi Mhlongo was born in Soweto, South Africa. His mother, Mary Twala, is a South African veteran actress; who recently got nominated for the Africa Movie Academy Award, while his father is also an actor and comedian known as Ndaba Mhlongo.

He was groomed by his parents who were at the prime of their careers at the time. His father had featured in several movies including Strike Force (1986), Isivumelwano (1978), and Bad Company (1985).

In 1985, Somizi Motaung lost his only brother, Archie after he was fatally stabbed.

Somizi Motaung‘s time in school was short-lived. He spent most of his formative years on the acting set.

Somizi Motaung’s multi-faceted entertainment career started off when he was 13 years old, landing a role in 1987’s Scavengers before playing ‘Whacko‘ in a musical and political movie called Sarafina in 1992.

Somizi Motaung has also been appointed as a judge in TV competitions such as Idols South Africa and SABC 1 competition show Dance Your Butt Off.

His show ‘Living the Dream with Somizi‘ was also aired for the first time in 2016 on Mzansi Magic.

His ability to capture the attention in social functions and events also earned him high-class hosting opportunities for various awards including the South African Music Awards which he co-hosted in 2016, 2017, and 2018 consecutively.

Motaung as a Media Personality

The station decided to assign Mhlongo as co-host of the show #TheBridge.

He was also named as ambassador for DStv, a satellite service provider in 2017, and later got endorsed by the Department of Water and Sanitation that same year.

Somizi Motaung is currently married to his gay partner, Mohale Tebogo Motaung. They both tied the knot at a traditional wedding on the 28th of September 2019, before holding a white wedding the following year.

Recently, he announced his intentions of having an implanted womb after revealing his desire to bear children.

Prior to his marriage with Mohale, he had previously been with actress and News presenter, Palesa Madisakwane, with whom he had a daughter, Bahumi Madisakwane.

Their marriage eventually ended after Somizi Motaung came out to announce himself as gay.