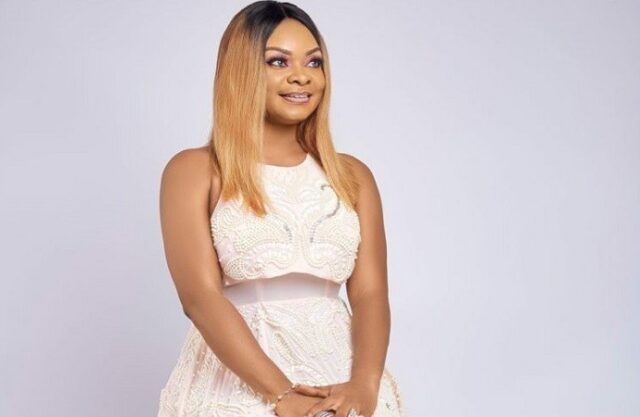 Beverly Afaglo Baah (born May 28, 1983) is an award-winning Actress, TV Presenter, and Beauty Therapist who is a household name in Ghana.

Due to her superior acting prowess, she has been cast in blockbusters such as A Northern Affair, The Game, and SideChic Gang.

She won the coveted Best Actress In Comedy at the Terracotta Awards in 2010.

Beverly Afaglo was born to the noble Afaglo family on the 28th of May 1983. She is a full-fleshed Ghana woman and was raised in the Volta region. Coming from a humble background, Beverly aspired to be in the media since she was a teenager.

While she was sustaining the flames of this dream, she also picked up the baton of a beauty enthusiast. She started out as a makeup artist and became proficient in the field within a few years. In her search for more knowledge, she enrolled at the FC Institute Of Beauty Therapist, Ghana. After training in the institute for a while, she became a qualified Beauty Therapist.

Her love for acting originated from her secondary school days where she was an active member of the school’s drama club. Beverly Afaglo had featured in many plays and musicals and always wowed the audience with her entertaining performance. When she left high school, she still kept the passion alive by joining a theatre group in her city. This helped her improve her acting prowess and role interpretation.

She is a graduate of Journalism and Media Relations from the Ghana Institute Of Journalism.

Beverly Afaglo practiced as a Journalist for a while before joining the movie industry fully. Her rise to fame began after she was cast in the blockbuster film, The Game in 2010. The movie opened the door of more acting roles for her and she soon became one of the star girls of the Ghanaian Film Industry (Gollywood). For her role in The Game, she was nominated for the Best Actress in a Supporting Role category at the 2010 Ghana Movie Awards.

She has been unrelenting in her mission to tell African stories and has featured in movies such as The Northern Affair, CEO, Big Girls Club, Sidechic Gang, About To Wed, Secret Burden, The King’s Bride, Total Exchange and Play Boy.

As a TV presenter, she has hosted many syndicated shows in the past.

She is an accomplished entrepreneur who runs one of the leading beauty companies in Ghana. She is the Founder and CEO of Glamour Beauty Saloon, Telma.

Beverly Afaglo has a large fan base spread across the continent and relates with them through her social media page. She has over 942k followers on Instagram.

The beautiful actress, Beverly Afaglo has lived almost four decades on planet earth. She celebrated her 37th birthday on the 28th of May 2020.

She is happily married to popular Hip-hop star, Eugene Kwadwo Boadu Baah (Choirmaster). He is one of the leading Afro-pop artists in Ghana. Their union is blessed with two kids – daughters.

The couple resides in one of the posh estates in Ghana and leads a very comfortable life. Beverly Afaglo is also a humanitarian and is the founder of the charity organization, Beverly Afaglo Foundation. The organization caters to the hungry and needy people in Ghana.

The gifted Ghanaian actress and television personality, Beverly Afaglo have an estimated net worth of $400,000-$800,000.