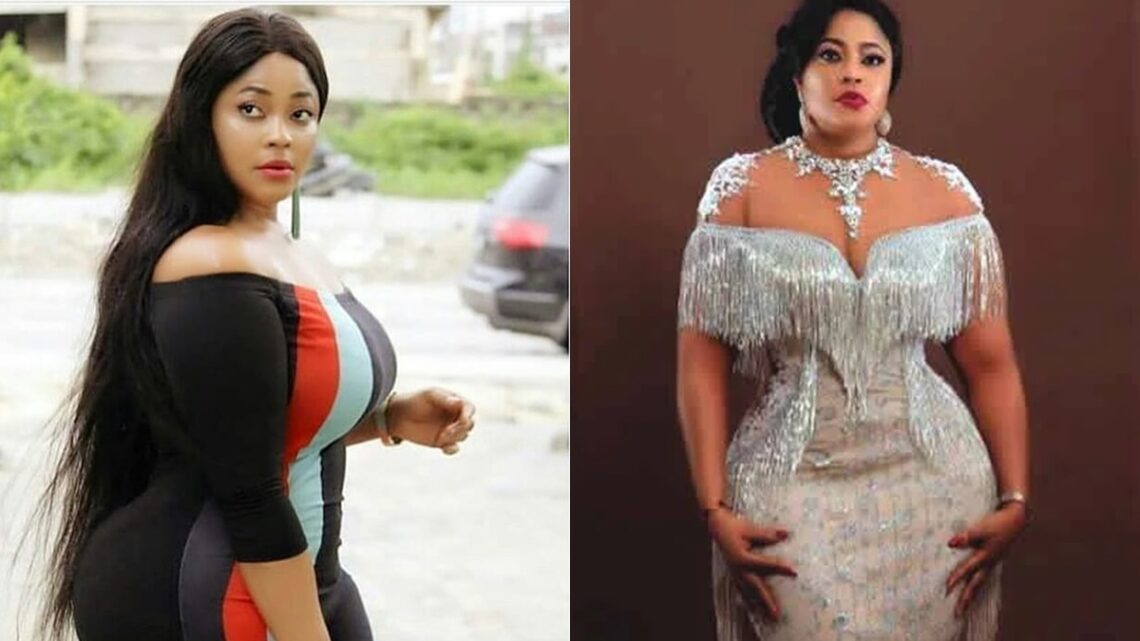 Biodun Okeowo nicknamed Omo Butty or Omoborty is a curvy leading Nigerian Nollywood Actress (Yoruba) and filmmaker who has starred in several movies.

She’s best known for her series of features in Nigerian movies and respected for that.

Biodun Okeowo was conceived on the 26th of December, 1971 in Fadeyi, Lagos State. She hails from Remo, Ogun State.

She comes from a polygamous household. She is the last born of her mother’s five children.

Her father belonged to the Awarawa Theatre Group alongside movie icon, Jide Kosoko.

She bagged a degree in Communication Arts from Lagos State University (LASU).

Biodun Okeowo interned at Lagos State Television (LTV 8) and while there, her passion for acting developed.

In 2006, she started her acting career under the mentorship of Ray Eyiwunmi.

The first movie she starred in was Eniyemi. But it was the movie, Tolani Osinrin that brought her to the limelight in 2007.

After producing her first movie, she got the nickname Omo Butty.

Since then, she has produced other movies such as Are, Folashade, Aturota and so many more.

In 2015, she launched her business – Victoria Beauty Palace.

While in 2010, she clinched the Movie Personality Of The Year award at the Global Excellence Awards.

Biodun Okeowo had her first child, a boy while she was still studying at the University.

She revealed that she had to resort to making snacks like doughnuts and chin-chin, so she could make ends meet after delivering her first child.

Though she has another child, a daughter, she and her husband are currently separated. But she is yet to remarry.

Rumor has it that she separated from her husband because she had a secret romance with Kunle Adegbite.

The actress makes her earnings from entertainment-related businesses and her self-employed business.