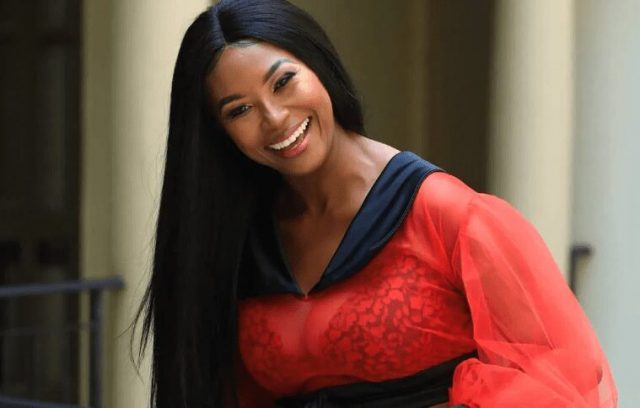 She is best known for starring as one of the Housewives in the South African docu-reality series, The Real Housewives of Johannesburg.

She is the founder and CEO of Spa Aesthetique.

Brinnette Seopela was born on the 16th day of October in 1979.

She was raised in South Africa in a modest household. She was an only child and was given all the love and care she could possibly get.

She was raised in Johannesburg.

Brinnette Seopela is a successful entrepreneur and businesswoman in South Africa. Her business is based fully on cosmetics especially for women and she has made a large amount of wealth through her business.

She is the owner of the highly-rated South African beauty spa, Spa Aesthetique located in Rivonia, Johannesburg in South Africa.

Her easy-going and fantastic personality earned her a spot in South African reality television, The Real Housewives of Johannesburg. The show is aired on the 1Magic station.

This show is responsible for her widespread fame, Brinnette Seopela’s performance has brought her to the notice of numerous South African fans. Her business and career in acting have made her a household name in South Africa.

They met on social media and after dating for three months, Themba Gezane proposed to her and they got married in a spectacular wedding ceremony that was aired on The Real Housewives of Johannesburg show. Their wedding had over 300 visitors in attendance including South African top celebrities, family, and close friends of Brinnette Seopela and Themba Gezane.

After the wedding, they traveled to New York, United States of America for their honeymoon.
Unfortunately, the marriage did not go beyond five months. It was reported that she was a victim of domestic violence at the hands of her husband. She had a miscarriage and lost her baby.

She has since moved on and is hoping to have a baby through In vitro fertilization or adoption.

Brinnette Seophela is active on Instagram. She had over 100 thousand followers. Her handle is @therealbrinnette.