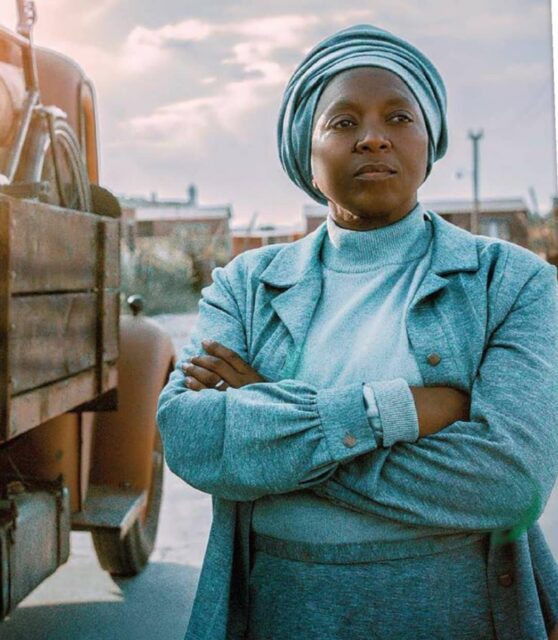 The veteran actress has been involved in acting for over 25 years, having started her acting career in 1991.

She had over 50 films to her credit and is showing no signs of stopping down.

Clementine Mosimane was born in the early 1960s. She was born and raised in a rural area located in Cape Town, South Africa by her grandmother.

She is fluent in Afrikaans. Her fluency in the language earned her a role in the South African film, Die Swerfjare van Poppie Nongena.

She was one of the first set of black South African female actresses. As a child, she had no idea that she was going to end up as an actor and national figure.

She was a victim of Apartheid in South Africa and was involved in several protests against the evil of Apartheid.

Clementine Mosimane has a stellar saving career with so many films and movie series to her credit. She enjoys working in front of the camera and has done little work behind the camera as a producer or director.

The South African actress started acting in small roles and extras for both television series and films in 1991. She stepped into the spotlight for he best known for her portrayal of the role of Thandi Mazwai in the South African drama series, Soul City, which ran from 1994-2003. She wowed television fans throughout the length of this film.

Another major role she played was the role of Mama Rose Tladi in the popular South African television series titled, The Wild. The series was aired for three full years from 2011 till 2013 before coming to an end. She played the main role of Ruth Gumede in the South African drama series titled Gold Diggers which was aired by E.tv.

Her character Ruth was the first wife of a miner. The series only lasted for one and a half years, running from 2015-2016

Aside from her starring roles, the popular actress has appeared on several South African television series as a guest star. It was noticed that the ratings of most television series she guest-starred in had an immediate increase in ratings and viewership.

Television series in which she guest-starred are numerous but some of them include; The Lab, Yizo Yizo, Intersexions, Clean Break, eKasi: Our Stories, Ngempela, Rhythm City, Mzansi Love, and Stash.

The veteran actress, Clementine Mosimane had appeared on several South African shows as a recurring character. She currently plays the recurring role of Aunt Thembi in a South African drama series titled, Zabalaza.

Clementine Mosimane is known for her excellent portrayal of a good Christian mother or Aunt in most of her films.

Clementine Mosimane is currently married with children. The identity of her husband and children is kept under wraps.

She is a practicing Christian and often declines roles that are not in time with her beliefs. Her birthday is not disclosed anywhere too.