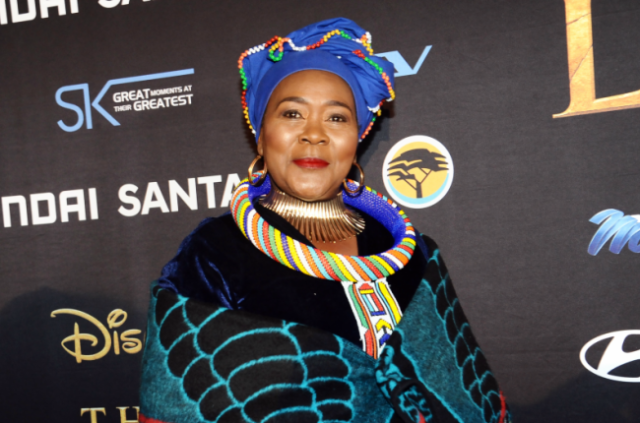 She is popularly known for her appearance in Black Panther, Soul City, Black is King, and Zone 14.

She has been in the industry since she made her debut role in 1977, making her one of the experienced actresses in the South Africa entertainment industry.

Connie Chiume featured in a South African soapie on Mzansi Magic called Gomora, which gives her local fame in the country.

In addition, she has featured in numerous dramas and serials.

This gave her the privilege to claim two nationalities, that is, South Africa and Malawi.

Her father, Wright Tadeyo died in 1983, while her mother MaNdlovu in March 2020.

She spent her childhood days in Welkom, where she attended her primary and high school, and with the support and influence of her parents, she was able to develop her talent very early.

Before proceeding to the Eastern Cape, Connie Chiume attended her primary and high school in Welkom, South Africa, to complete matric.

Sadly, she could not complete her nursing course as she desired to be trained as a teacher.

However, by her determination to be a teacher, she graduated from the teaching school in 1976 with good grades.

Connie Chiume started his career as a teacher, but after few years of teaching, she resigned and traveled to Israel. Later she moved to Greece to kick start her acting career. She made her debut in the industry in 1977, which means she has been in the industry for over 40 years.

In 1977, she featured in her earliest works such as Porgy and Bess, Ipi Ntombi, and Little Shop of Horrors. In 1989, she appeared in the television series, Inkom’ Edla Yodwa after returning to South Africa. She played the role of ‘Thembi‘ in that series.

After the success of the series, she was invited to play in the film, Warriors from Hell in 1990, which made her maiden cinema appearance.

Since she made her debut, she has been featured in numerous works, and the list is just much to be listed. She played the lead role in stage plays such as You Strike The Woman and You Strike The Rock.

In 2020, she starred in the television drama series Gomora with the role ‘Mam’Sonto Molefe.’ In the same year, she also appeared in another television series, Black Is King. In the series, she played a fussy mother. In October 2020, she was honored with the first Feather Award nomination.

Given her experience in the industry, Connie Chiume was part of the African entertainer that got featured in the Hollywood blockbuster film, Black Panther.

The veteran actress, Connie Chiume amassed over 133K followers on Instagram, and her followers keep increasing every time.

The experienced actress, Connie Chiume is presently based in South Africa with her family. She got married in 1985 and divorced in 2004. She is a mother of four: two sons and two daughters

Connie Chiume is one of the celebrated huncho-actresses in the South African soil, she is said to have amassed an estimated net worth of $500,000 – $1 million.