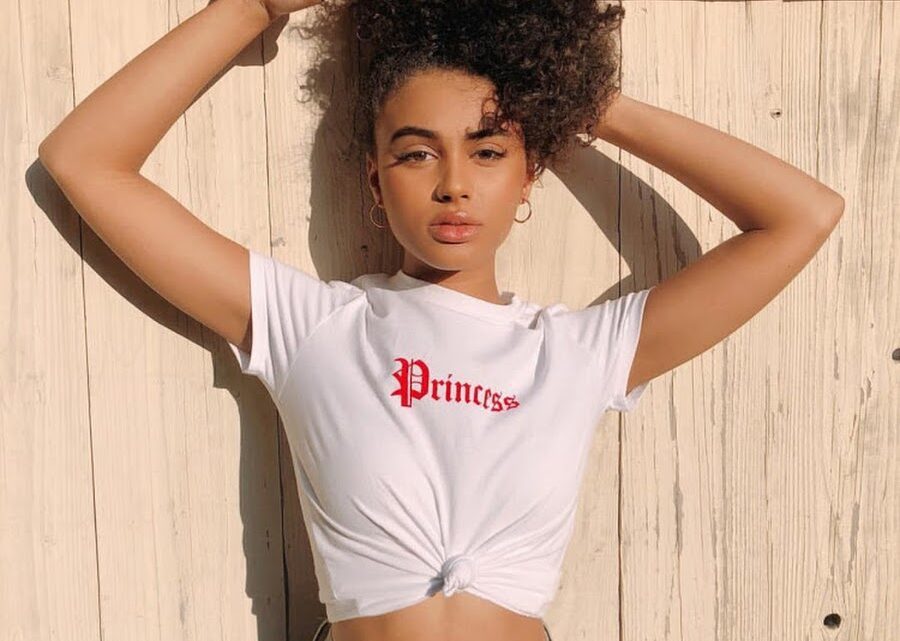 Daniella Orion Perkins (born June 13, 2000), who is also known as Daniella Perkins, is a talented American actress and social media personality. She is one of the few females making an impact doing what they love the most.

Daniella Perkins has made appearances in several TV shows and films. She is well-known on Tiktok for her intriguing video clips.

She was born to a teen mother who raised her and her younger sister, Devenity Perkins. She and her sister grew up without their father. Her mother is of white origin, while her father is an African-American. Daniella Perkins was born and raised in Orange County, California.

Growing up, she and her sister would put on plays for their amusement. Daniella Perkins was home-schooled to put her career on the right track.

According to her, she received all the inspiration and motivation she needed from her mother. Her mother was her source of joy. She makes sure she is on the right track and nothing comes between her dreams.

Daniella Perkins is dating Zach Clayton, a well-known YouTuber and internet celebrity. They have been in a relationship for over four years now.

Daniella Perkins has relationships with Zach Clayton (2017) and Marteen Estevez. She has been rumored to have dated Jace Norman and Owen Joyner. She is not married and has no child. She is admired for her braids.

Daniella Perkins launched a YouTube channel at the age of 11 alongside her sister, but the channel wasn’t so successful then. In 2008, they began a fashion, location, and restaurant review website, which they named WzTheBuzz, and officially launched it as a business in 2011.

Daniella Perkins started creating content on Tiktok as far back as 2015 and has since gained more than 1.8 million followers on TikTok. In addition, her YouTube channel has over 800,000 subscribers.

She decided to pursue acting professionally in her early teens. Her first venture was with Devenity Perkins‘ 2014 short film Senior Slasher. She made her television debut with a guest role on Girl Meets World in 2016.

Not only famous in the social media space, but she has also made a name for herself in the on-screen space. Daniella Perkins has an estimated net worth of US$1.5 million.