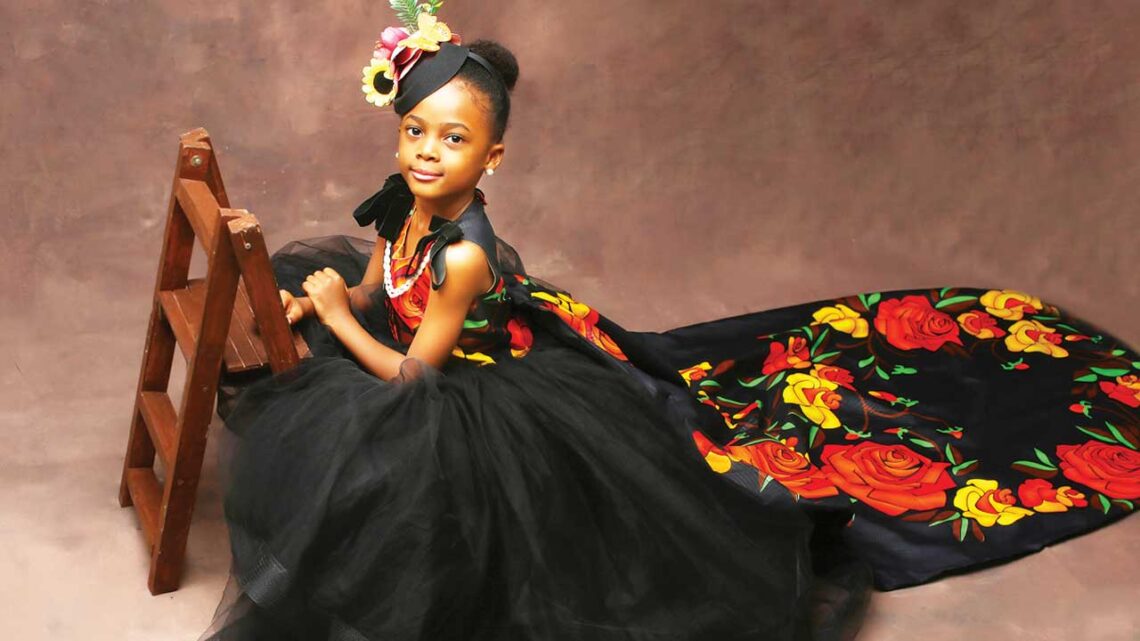 Diana Egwuatu (born July 28, 2012) is one of the most gifted children on the planet.

The young girl has made a name for herself in the entertainment industry. She is an award-winning actress, model, TV host, voice-over artist, and brand influencer.

As a model, she has built a robust portfolio that includes brands like Globacom, UBA, and Indomie.

Diana Egwuatu is a blessing to the Egwuatu family, as she has brought recognition and respect to her parents, Mr. Sidney Egwuatu and Mrs. Olawunmi Egwuatu. She was born in Lagos on the 28th of July 2012.

She is a mixed tribe; as her father hails from the southeast while her mother is a Yoruba woman. She has two siblings – twin sisters.

At the age of three, Diana Egwuatu expressed interest in becoming a model and an actress. The passion had developed in her heart while she was watching a commercial on TV and saw a young girl of her age-grade modeling.

It dawned on her that she could act just like the girl on the TV; even better than her. She informed her parents about her newfound dream and they decided to give her the necessary support by taking her to auditions.

Diana Egwuatu is currently a student at a top private primary school in Lagos. She is in Basic Four.

It’s been over five years that Diana Egwuatu joined the industry and she has recorded a lot of success, which surpasses most of her contemporaries. She has modeled for leading brands in Nigeria such as Globacom, United Bank Of Africa (UBA), If Green Foods, Bash House Of Denim, Fraicheur Nigeria, Ajinomoto, Monebebe Lagos, Meera Stitches, Indomie, Google Nigeria, and A Bookish Pair.

She has replicated her success as a model in the Nigerian movie industry. She played the role of Lola in the blockbuster film, God Calling. Other notable films she has appeared on includes Sleeved, Stay, Knocked From The Past, Captain English, and The Date.

A golden star in the entertainment scene, she has collaborated with popular media networks such as Silverbird TV and DStv. In recognition of her great achievement as an artistic child, she has won the Nigeria Child Award, Kidpreneur Ambassador Award, and Amazing Amazon Recognition Award.

Diana Egwuatu is one of the biggest child influencers on social media and is a source of inspiration to other talented kids in Nigeria.

Mr. and Mrs. Egwuatu celebrated their daughter, Diana Egwuatu‘s eighth birthday in a grand style. The party was well attended by the family’s close associates. Diana is Egwuatu’s first child.

She lives with her parents in a spacious mansion in Victoria Island, Lagos. The Egwuata‘s are very comfortable financially so they ensure that they give their daughter the best life possible.

Due to her young age, Diana Egwuatu‘s Instagram account is managed by her mother. She recently opened a YouTube channel where she vlogs about topics she is passionate about. Her mother also serves as her brand manager and represents her interest well.

Though Diana Egwuatu has only spent a few years in the industry, she has successfully amassed a small fortune. Diana Egwuatu currently has an estimated net worth of $100,000-$300,000.