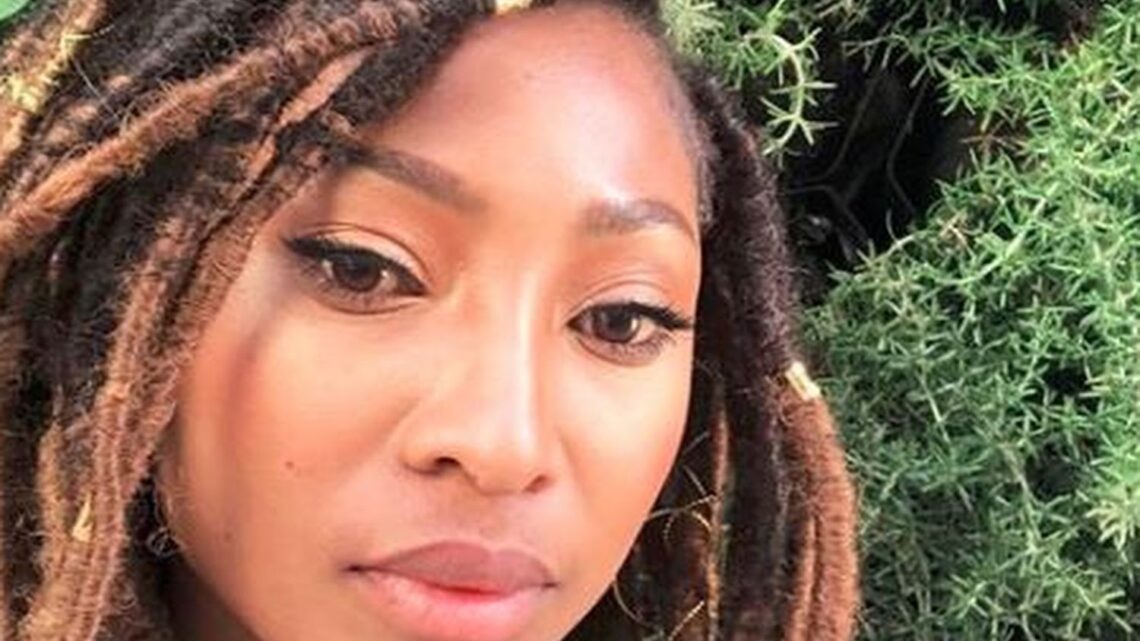 She is an actress, TV presenter, Director, and also a fashion designer.

She acted in her first movie when she was just 17 years at SABC 1.

The character she played in this African murder mystery series titled ‘Mtunzini.com’ made the viewers adore her.

Enhle Mbali Mlotshwa was first a fashion designer before she switched to the movie industry.

She has a strong philosophy that learning is an unending adventure, making her studied filming and theatre in schools after learning fashion designing at Johannesburg University.

Enhle Mbali Mlotshwa was born on the 3rd of March in 1988.

She hails from Soweto, situated in South Africa. Her mother’s name is Bongi Mlotshwa.

She was a fashion addict but decided to take that route in 2015 when she launched her fashion outlet.

She gain supports from her colleagues, spouse, family and friends which helped her proceed with her dream.

From the onset, Enhle Mbali Mlotshwa was a fashion student that studied at the University of Johannesburg early in her life.

Over time she developed an interest in acting which made her went on to study filming in Boston.

Enhle Mbali Mlotshwa believes that there is no end to learning, and as a result, she recently studied Performance at the popular Lee Strasberg Theatre and Film Institute in the State of New York.

In 2015, Enhle Mbali Mlotshwa launched her maternity wear range business in New York and South Africa named SE Preggoz. This range was created basically to help pregnant women ensure their good, adorable and sexy look even in their pregnancy.

This inspiration she got from her experience of how women disregard their beauty during pregnancy.

Enhle Mbali Mlotshwa has progressed from just being a fabulous actress on Tshisa, the start of her countless roles and opportunities on different leading South African soap-opera and series. She has since been able to act in the following movies ‘Soul City’, ’‘iNkaba,’ ‘Rhythm City and ‘Moferefere Lenyalong‘ due to her perceived great performance.

As an outstanding and talented actress, she improved and expanded her career by becoming a TV presenter in 2009. With so much convenience and professionalism, she was able to host Channel-O’s Award-Winning ‘Young, Gifted and Black’.

As a result, Enhle Mbali Mlotshwa could land herself the pleasure of being the presenter for ANN7’s ‘StarBiz’ show. This multi-talented quality and skill is part of the stairway that made her got to the top in the industry in a short while.

Enhle Mbali Mlotshwa is so active on social media. In fact, her account is verified on Instagram with over 2.1 million followers.

She frequently posts pictures of her daily activities and sometimes fashion-oriented pictures to engage her followers. She had pictures of her love life on her account before she got them deleted of late.
Instagram: Enhlembali_.

Enhle Mbali Mlotshwa was married to Black Coffee in 2017. They have been together as far back as 2010 before they eventually got married in 2017. They are happily married and blessed with two kids whose one of them is Anesu Maphumulo.

The details of their children are a secret existence. Enhle Mbali Mlotshwa’s dedication to her career has shifted people’s attention from her personal life to her skillful actress.

There was a rumor of a possible break up/rift between her and Black Coffee as she was detected deleting pictures of them on her account. It was reported that Black Coffee is currently dating David Guetta’s ex “Cathy Guetta.”

Black Coffee, however, denied this claim and stated that they are just business partners. Nobody knows about Enhle Mbali Mlotshwa‘s new boyfriend or if she has settled with her husband, Black Coffee.

Enhle Mbali Mlotshwa is a multi-talented South African icon who has many sources of income as she is both a fashion designer, actress, and TV presenter apart from having her business venture in both New York and South Africa.

SEnhle Mbali Mlotshwa‘s net worth is estimated to be worth about $550,000.