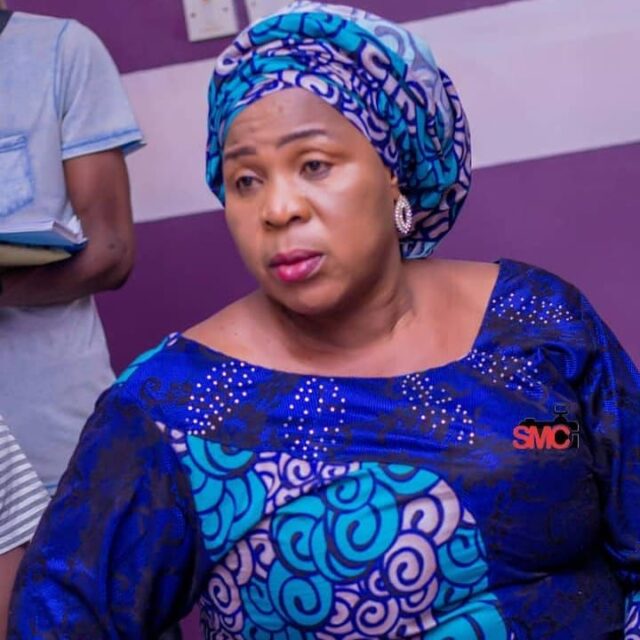 She was in the movie scene for as far back as 1975 but became recognized by many after her fantastic performance at the popular Yoruba TV series, Erin Kee Kee, in 1990.

Fausat Balogun is known for her motherly roles in most Yoruba movies, and her talent is well appreciated.

She originated from a small village known as Oke Ode in the Ifelodun Local Government Area of Kwara State, South-west Nigeria.

She grew up with her middle-class family in Lagos and is Yoruba by the tribe.

The Yoruba-born grew up in an Islamic home subsequently in Kwara state, South-west Nigeria.

The full details about Fausat Balogun‘s educational background are not available at the moment.

However, it is a known fact that the veteran studied in Kwara state, South-west Nigeria.

Fausat Balogun started her career as an actress relatively too early. She began after her primary school education in the 90s.

She got her experience and training from a Yoruba theatre group known as “Ijamodi,” lead by the late Mashado, located in the Idumota area of Lagos Island, Lagos State, Nigeria.

She later gained more training under an experienced movie producer known as Rafiu Balogun in the “Balogun” theatre group.

In 1979, Fausat Balogun hit a more prominent stage when she featured in another television series titled “Abeni Ajagun” produced by her husband, Rafiu Balogun. The movie was welcomed with positive reviews and was responsible for bringing her into the limelight.

She again was involved in another popular comedy series, “Erin Kee Kee,” which was once again fans’ favorite, and soon enough, fans of hers started calling her by the role she played in the movie- Madam Saje.

Her experience grew in the industry, giving her impetus to start her production, first with a movie titled “Alaroka” that the late Prince Alade Aromire directed. Then she went on with another film titled “Oro Itan” and subsequently, “Ebi Dapo.”

Fausat Balogun‘s hard work and commitment towards the development of the Yoruba Movie came to the attention of City People Entertainment, who awarded her for her contributions towards the growth of the movie industry at the 2016 awards night.

Fausat Balogun also takeout time from her busy schedule to appreciate and engage with her fans on social media.

She is available on the following platforms;

Fausat Balogun is long married in 1979 precisely, to a Yoruba actor named Rafiu Balogun, who is also a successful movie producer.

Their marriage so far has been blessed with two children- a son Afeez Balogun and a daughter, Bintu Balogun.

Her children are both good Nollywood actors with several appearances in Yoruba movies.

Fausat Balogun was a devoted Muslim in most of her life until she switched to Christianity several years later and is now an Evangelist.

Fausat Balogun is a renowned and well-respected Yoruba actress.

She has been on the scene for a very long time and has accumulated an estimated net worth of $950,000. She is an actress and a movie Producer.

The talented Yoruba actress, Fausat Balogun has starred in over 80 movies, one of the most contemporary Yoruba films.

Some of the movies Fausat Balogun has starred in include;