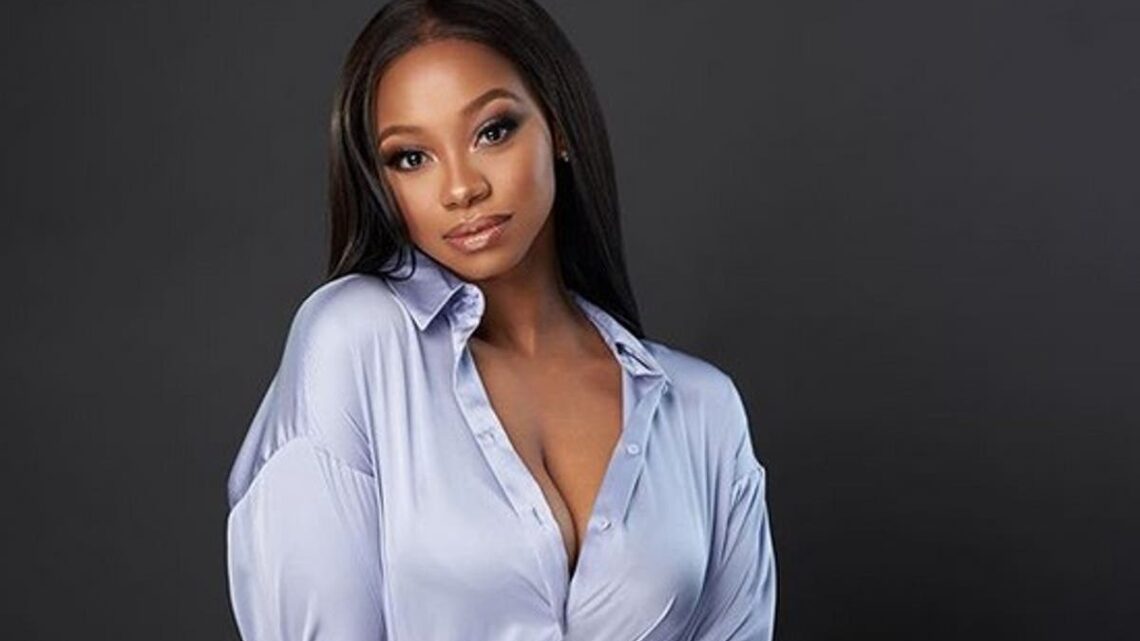 Larona Moagi is a 25 years old South African lawyer and actress. She was born and raised in Protea North.

She is famously known as ‘Tumi‘ due to her role in the popular TV series, The Rivers. In the series, she portrayed the role of the daughter of Moshidi Motshegwa.

Larona Moagi was born on the 19th of March, 1997, in Protea North, South Africa.

She was also raised in the locale and loved watching movies. As a girl, Larona saw herself becoming a future actress due to her inbound talent.

The 25-year-old Larona Moagi finished high school in 2016 at Protea North, before enrolling at the University of Witswatersrand in 2017.

She was caught between two worlds due to her love for drama and law. She started off studying Drama but resorted to Law after two weeks.

Due to her passion for acting, Larona auditioned in 2017 for a movie and got a role to play ‘Itumeleng Mokoena‘ in the ‘The River’ TV series.

This is her first and only role to date. Her only prior experience as an actress was during her high school days in 2010 when she played a lead role.

Larona majored in Law at Wits University. She once explained that she had to create time for her TV role and school life.

According to her, she spent weekdays shooting scenes and weekends to catch up on her studies.

Larona spends most of her time travelling for shoots and pursuing her dreams. She also creates time to study; in her bid to become a successful lawyer.

Larona Moagi currently has no boyfriend, spouse or husband who is taking her to the altar anytime soon flaunted on social media.

Rumor has it that she charges $1000 per month as salary.