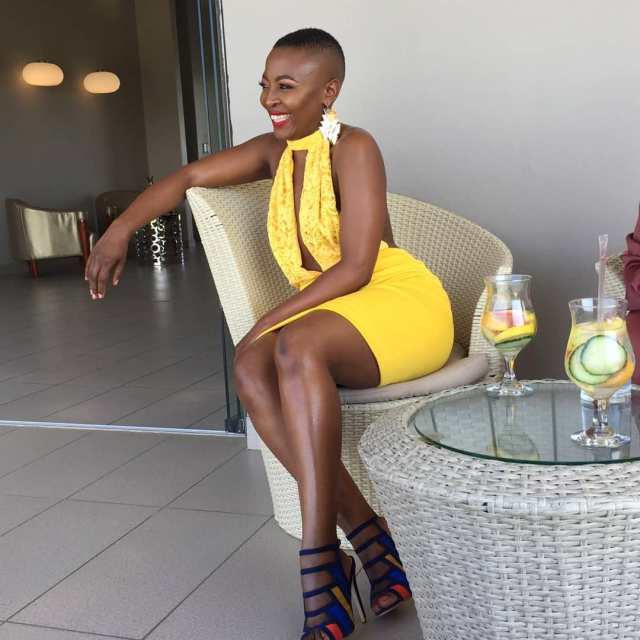 She was born in Diepkloof. After she was cast in Home Affair, the public fell in love with her on-screen and off-screen charm.

She gained popularity for starring as Princess in the SABC1 drama series, Katlego for four years (2005-2009).

Lerato starred as Yoliswa in the SABC1 mini-series, Shreds, and Dreams the next year.

Lerato Mvelase’s birthday is September 7th, 1982, and she was born in Diepkloof, Soweto, South Africa.

She has worked in the entertainment sector for a long time and began acting like a child.

Her passion for entertainment grew to the point where she decided to pursue it. She has a younger brother whose stage name is ProVerb.

He is currently a well-known figure in the entertainment sector and is a prominent rapper in South Africa. Her elder brother is Mpho and the three siblings currently maintain a close relationship with one another.

Lerato Mvelase started and completed her primary school education in her hometown in Soweto, South Africa.

Sacred Heart College was where the intelligent actress received her secondary school education.

She graduated from the University of Witwatersrand with a Bachelor’s degree in Arts in 2002.

Lerato Mvelase was involved in theatre plays during her scholastic years. She participated for a number of years before deciding to make it her profession.

She performed in a number of theatre shows while at the university. She made her stage debut in Claire Stopford’s Midsummer Night’s Dream in 1995. In 1999, Lerato starred in Grease, a theatre performance directed by Karen de Abreu.

She got a position as a presenter at CCMI the same year she graduated from university. She received her first acting role the next year, in 2003. Backstage, an e.tv soap series featured Lerato in a cameo appearance.

In 2004, she was cast as Mbali in the first season of Mzansi, an SABC1 drama series. Khanyisile Mbau took her spot after she appeared in season two (2).

In 2005, she reprised her role as a lead in Home Affairs. She has been in numerous theatre shows as an actress.
Her most recent hosting gig presented itself when took over as host of Kaelo-Stories of Home from Joel Zuma, a well-known television personality. In 2013, she took over as host of the e.tv docu-reality series.

She was cast as Dipuo Nuru, a journalist in the SABC2 thriller, Thola, in which she plays a leading part. She also played a guest-starring role in Mzansi Magic’s drama, The Road.

Lerato Mvelase is currently divorced with two children. She was married to Siyabonga Radebe.

Their relationship ended when it was revealed that Siyabonga was cheating and involved in another relationship. She is an excellent single mother and seems to handle the pressure of raising children and her career well.

Makayla Mvelase and Nkanyezi Samukelisiwe Mvelase are her two lovely daughters and according to her, they are her pride and joy.
She is multi-lingual and can speak up to 6 languages including English, South Sotho, Tswana, Zulu, and Xhosa.

Lerato Mvelase is active on social media, she can be found on Instagram @Leratomvelase and she has a steadily growing fan base

The talented South African actress and television personality, Lerato Mvelase have an estimated net worth of $300,000-$500,000.