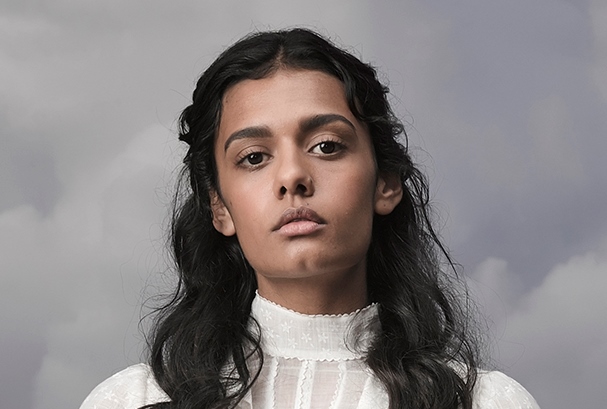 Her ability wasn’t discovered when she started acting, like the story of most actors.

Instead, her confidence and ability were revealed when she took to the podium and addressed the Australian citizens in a two-minute broadcast as a thirteen-year-old.

The video broadcast hit six million views in less than an hour, making her the first and only teenager to ever addressed the nation of Australia.

Madeleine Madden is now an actress popularly known for her role as Zoe Preston on the television drama series “Ready For This.”

Madeline Madden came to be on 29 January 1997 in Australia.

She originates from a Multiracial ethnicity and practices Christianity as a religion.

Madeleine Madden is the proud daughter of Hetti Perkins (mother), who is an Australian writer and curator. Her father’s name is Lee Madden, who was a politician. Unfortunately, she lost her father to a fatal car accident on the bitter night of 2013.

She is also the great-granddaughter of Hetty Perkins, who is the elder of Arrernte. Her immediate grandfather is Charles Perkins, who is a famous activist and former Footballer.

She has two older sisters and two younger step-sisters. The most popular of her sisters is actress, Miah Madden.
Madeleine Madden is the niece of film director Rachel Perkins.

Madeleine Madden was a bright student at the Rose Bay Secondary College located in Sydney, Australia.

Madeleine Madden began to showcase glimpses of her bright future when she was only thirteen years old in 2010. She became known as the first Australian teenager to deliver an address to the nation.

She achieved this feat by delivering a two-minute speech on indigenous Australians and was broadcast to 6 million viewers on every free-to-air TV in Australia.

Her ability and confidence in delivering the famous speech could be a deal-breaker towards getting her first role in acting in Australia’s first-ever indigenous teen drama titled Ready For This and in the well-received Redfern Now.

Before then, Madeleine Madden starred in a short film titled Around The Block by Deborah Mailman and Merl Tankard when she was eight years old.

A few years later, the Australian appeared in The Moody’s, Jack Iris, The Code, and My Place. In 2016, she played in the miniseries Tomorrow, When The War Began. She also got the role of Marion Quade in the 2018 miniseries Picnic At Hanging Rock.

Madeleine Madden made a debut in her first Hollywood Movie when she was 21 years old. In the film, Dora And The Last City Of Gold, she starred as Sammy, produced by Nickelodeon in 2019.

She has been listed amongst the cast of Amazon’s upcoming adaptation of the Wheel of Time novel as Egwene al Vere.

Madeleine Madden also takeout time from her busy schedule to appreciate and engage with her fans on social media. She is available on the following platforms:

Madeleine Madden is a beautiful Australian with an average height of 5 feet 7 inches and weighs 59 kg. Her eyes are brown and her hair black.

The talented actress is currently single and in no form of relationship as far as we gathered. She is also without a child of her own. Instead, Madeleine Madden seems to be more focused on her career, which doubles her passion for being with a spouse.

Madeleine Madden is a good cook, which she carries as a hobby together with traveling. She idolizes the famous American actor, Tom Cruise. She’s always dreamt of traveling to the beautiful city of Miami in the US.

Madeleine Madden has been in the game for a long time, earning projects and gigs, thus affecting her bank account.

She has a net worth estimated to be in the region of $4 million. Madeline is a professional actress and a successful model.

Madeleine Madden made a debut in the movie industry at the age of 8 in an Australian short film titled Around The Block, produced by Deborah Mailman and Merl Tankard.
Ever since she’s gone on two stars in different movies and series both home and abroad.

Madeleine Madden played a role in the following films.

Madeleine Madden also participated as a cast in the following TV series: