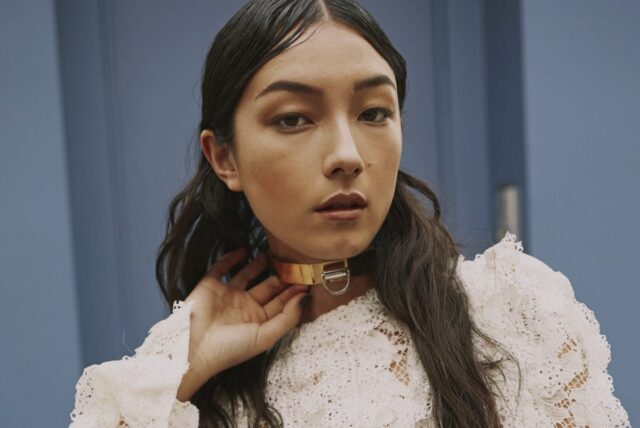 Natasha Liu Bordizzo (born 25 August 1994) is a young and upcoming Australian actress and model of Chinese and Italian origin.

She made her acting debut in 2016 in the well-received and critically acclaimed Netflix’s film titled, The Crouching Tiger, Hidden Dragon: Sword of Destiny.

She is known for starring alongside Hugh Jackman in the 2017 film, The Greatest Showman.

Natasha Liu Bordizzo was born on the 25th day of August in 1994. She has a mixed origin as a result of her father is Italian and her mother Chinese.

She was born and raised in Sydney, Australia. She took interest in martial arts from a young age and he parents encouraged her and helped her to develop her martial arts ability.

Currently, she is a black belt holder in Taekwondo and she is well-trained in Kenpō karate.

She gained admission after her graduation from secondary school to study Communication at the University of Technology located in Sydney, Australia. She obtained her Bachelor’s degree in Communication and went ahead to study Law.

While studying Law she went for her first audition for a role in Netflix’s Crouching Tiger, Hidden Dragon: Sword of Destiny. She was selected for the lead role after the audition. After shooting the film, she went to Los Angeles to train as an actress

Natasha Liu Bordizzo started her career as an actress in 2016. She played the lead role in Netflix’s Crouching Tiger, Hidden Dragon: Sword of Destiny. This was her first role gotten at her first audition.

The following year she starred alongside the American acting giants Hugh Jackman, Zac Efron, Rebecca Ferguson, and Zendaya in the popular film, The Greatest Showman.

She described the process of training for the movie as hard and terrifying because she had to undergo extensive music and dance training because she never had any background in dancing and singing. The movie turned out to be a huge hit and instant classic.

She has starred alongside several careers in the course of her five-year career (2016-2021) including Dev Patel, Anupam Kher, and several others.

Natasha Liu Bordizzo is active on social media. She has a large fanbase of over 500 thousand followers and can be found on Instagram @natashaliubordizzo.

Natasha Liu Bordizzo is currently single and not married, she has no husband.

There are speculations that she is romantically involved with a handsome boyfriend but she has neither confirmed it nor denied it.

She spends most of her free time practicing her martial arts skills. She also has a beautiful height of 5′ 7″ (1.7 m).

The foremost talented Australian superstar actress, Natasha Liu Bordizzo has amassed an estimated net worth of $100,000-$250,000.