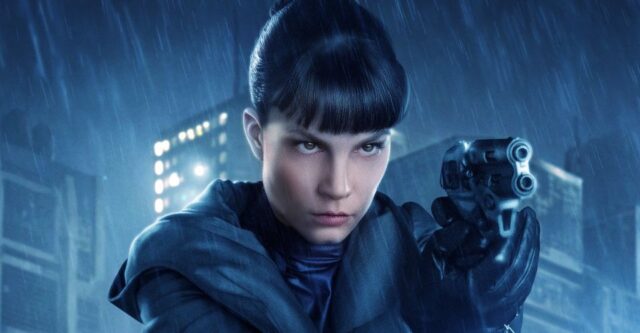 Sylvia Hoeks began as a professional model when she was just 14 years old and has modeled for numerous brands before becoming a star actress.

She was born on 1 June 1983 to Dutch parents thus holds Dutch citizenship.

Besides her native Dutch, Sylvia Hoeks speaks German, French, and English and stars in productions made in those languages.

For her primary and high school certification, Sylvia Hoeks went to a local school in Maarheeze, North Brabant, the Netherlands.

After finishing high school, she enrolled at the Maastricht Academy of Dramatic Arts.

Sylvia Hoeks was scouted by a modeling Agency called Elite Model Management at age 14. Her first gig was a cover for Elle Girl, and she traveled around Europe as a model for several years despite attending high school. Shortly after graduating from the Maastricht Academy of Dramatic Arts, she played a Dutch TV film titled Staatsgevaarlijk.

In 2005, Sylvia Hoeks appeared as a mistress in Gooische Vrouwen and had the main role in a psychological thriller titled Vuurzee.

Her breakthrough was in a Jos Stelling film titled Duska in 2007 and won a Golden Calf (the Dutch equivalent of an Academy Award) for Best Supporting Actress for the role. She next appeared as Julia in a film titled The Storm in 2009, and she played the title role in Tirza in 2010.

Additionally, Sylvia Hoeks starred as Johanna van Heesch in The Gang of Oss in 2011 and Elise in a horror film titled The Girl and Death in 2012. In 2013, she portrayed Claire Ibbetson in The Best Offer, which was her first international role.

Furthermore, she starred in a Dutch drama series titled Bloedverwanten, aired from 2010 to 2014, and a Dutch thriller series titled Overspel, televised from 2011 to 2015.

In February 2017, Sylvia Hoeks was cast as Leigh in a film titled All the Devil’s Men, and in 2018, she appeared as Lisbeth Salander‘s sister in a thriller titled The Girl in the Spider’s Web, which is a sequel to The Girl with the Dragon Tattoo.

And in 2019, she appears as Queen Kane in an Apple TV+ drama series titled See, which is currently running.

Sylvia Hoeks won a Golden Calf for Best Supporting Actress for Duska, and in 2009 she was awarded the Best Actress at the Festroia International Film Festival for The Storm.

Furthermore, the young dutch actress clinched the Shooting Stars Award in 2011, and in 2014, she won the Sylvia Kristel Award.

Additionally, she has received a nomination at the IGN’s Best of 2017 Award for Best Supporting Performer.

The beautiful model Sylvia Hoeks is active on Instagram. Being a model and actress, coupled with her good looks, she has many fan followers on her Instagram account, over 62.3k followers.

The gorgeous model Sylvia Hoeks graces public attention wherever she goes with her decent height of 5 feet 9 inches (1.75Â meter) and weight of 60 kg (132 lbs).

Additionally, she maintains beautiful dark blonde hair, and her hazel eyes complete her beauty. However, the Dutch are yet to tattoo her fresh skin.

Sylvia Hoeks‘ hobbies include; Acting, Playing with her dog, Hanging out with her family members and close friends. Her favorite actress is Marilyn Monroe, her favorite musician Michael Jackson whereas her favorite movie is Game of Thrones.

She loves to eat Umami Burger, Sweet potato fries. Sylvia Hoeks‘ favorite destination is Berlin, and her best colors are Black and White.

Sylvia Hoeks prides herself as a well-established international actress. Her fame and popularity have earned her the right to collect approximately $ 20K-25K per episode as a salary.

Thus has greatly accumulated to a whopping $4 million as her estimated net worth. Her major sources of income are through her career as a model and a professional actress.