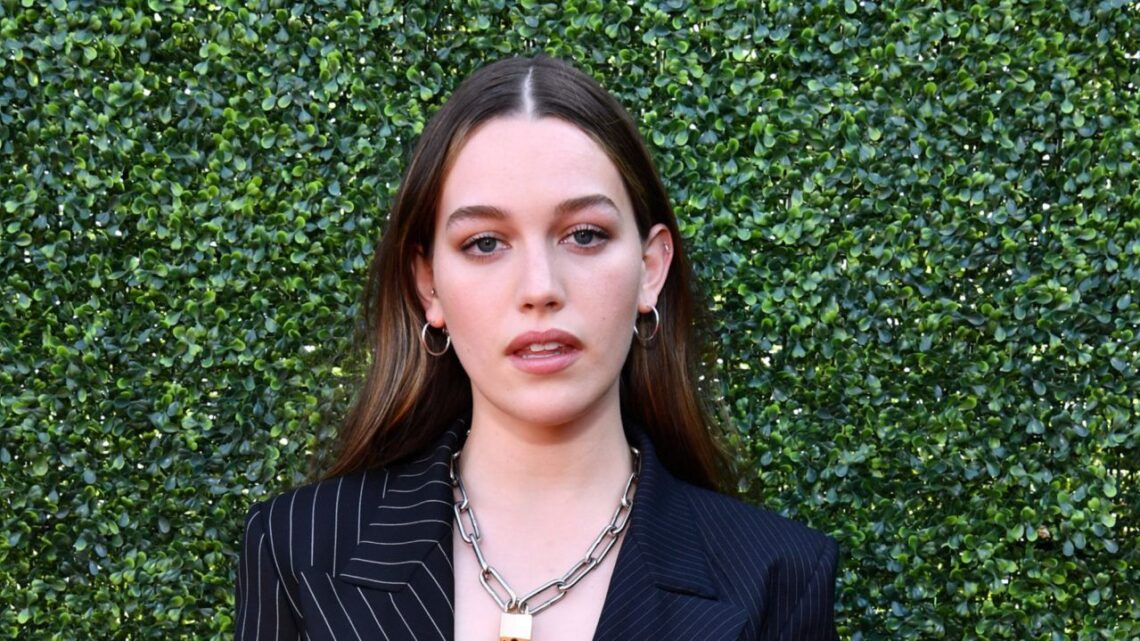 She blazed into stardom after starring in a Netflix anthology series titled The Haunting, appearing as different characters in both of its seasons.

Her exceptional performance in the series won her an MTV Award and nominations for a Critics’ Choice Award together with a Saturn Award.

The American sensation has been touted by many to further create massive impressions both nationally and Internationally.

Victoria Pedretti was born in the small town of Philadelphia, situated at the hub of Pennsylvania, United States.

Her father is of Italian descent, while her maternal grandmother was Ashkenazi Jewish.

Victoria Pedretti disclosed in a recent interview that she grew up in an emotionally abusive household but did not realize this until college.

She revealed that she “loves them (her parents) so much, and they tried their best.” However, when she was six years old, she was diagnosed with ADHD.

Victoria Pedretti enrolled at the prestigious Carnegie Mellon University for her university degree, where she graduated with a bachelor’s degree in Fine Arts.

Victoria Pedretti began film acting by appearing in two independent short films in 2014. After that, however, she became recognized for her roles on a Netflix anthology series titled The Haunting, where she was cast in the seasons’ Hill House and Bly Manor as Eleanor “Nell” Crain Vance and Danielle “Dani” Clayton, simultaneously.

Her performance in The Haunting attracted critics, and for her roles, she earned the Saturn Award and MTV Award nominations in 2019.

She was also nominated for the Critics’ Choice Super Awards and the 2021 MTV Movie & TV Awards. In addition, she has been recognized as a modern-day scream queen.

Furthermore, in 2017, Victoria Pedretti auditioned for the role of Guinevere Beck on a thriller series titled You; though she was initially rejected, the directors later consented to cast her as Love Quinn in the show’s second season after analyzing her previous acting work and her work-relationship with her co-star Penn Badgley.

Later, Netflix released the second season on December 26, 2019, with Victoria Pedretti‘s performance and the show being received positively.

She then appeared as Leslie Van Houten in Quentin Tarantino‘s comedy-drama film titled Once Upon a Time in Hollywood in 2019, which was a commercial success.

In 2020, she guest-starred in an anthology series titled Amazing Stories as Evelyn Porter and the same year, she appeared as Katherine in a biographical drama film titled Shirley, which earned positive reviews from critics.

Victoria Pedretti will reprise the role of Love Quinn for season three of You, which is scheduled for release on October 15, 2021.

In May 2021, it was announced that Victoria Pedretti will star in an upcoming film titled Lucky, as Sebold, a writer during her freshman year at Syracuse University. The film is an adaptation of Alice Sebold‘s 1999 memoir of the same name.

Victoria Pedretti has been nominated for Most Frightened Performance from the MTV Movies TV Awards and Best Supporting Actress in Streaming Presentation from Saturn Awards.

She also won a nomination for Best Ensemble in a Motion Picture or Limited Series from Online Film & Television Association.

Best of all, she won the MTV Award and nominations for a Critics’ Choice Award and the Saturn Award.

Victoria Pedretti has an impressive number of followers on her Instagram page with over 14.4 million followers. She keeps her fans abreast with her latest development and has also garnered numerous followers on Twitter.

Victoria Pedretti‘s hobbies include; music, watching movies, and traveling. Her favorite actor is Ryan Gosling, whereas her famous actress is Jessica Alba. Her favorite food is mainly Italian dishes, and her favorite destination is Paris.

Victoria Pedretti has been on the scene for close to a decade despite being in her early 20s. Her hard work and consistency have earned her an estimated $1 million as net worth.

Her primary source of income is through her career as an actress, which is expected to increase rapidly in the coming years following her exploit in the industry so far.

The award-winning Victoria Pedretti has acted in several films and television series so far, and her best arguably came in the Netflix series The Haunting of Hill House, where she played the character of Eleanor “Nell” Crain Vance.

Other of her notable appearances in films and television are highlighted below: