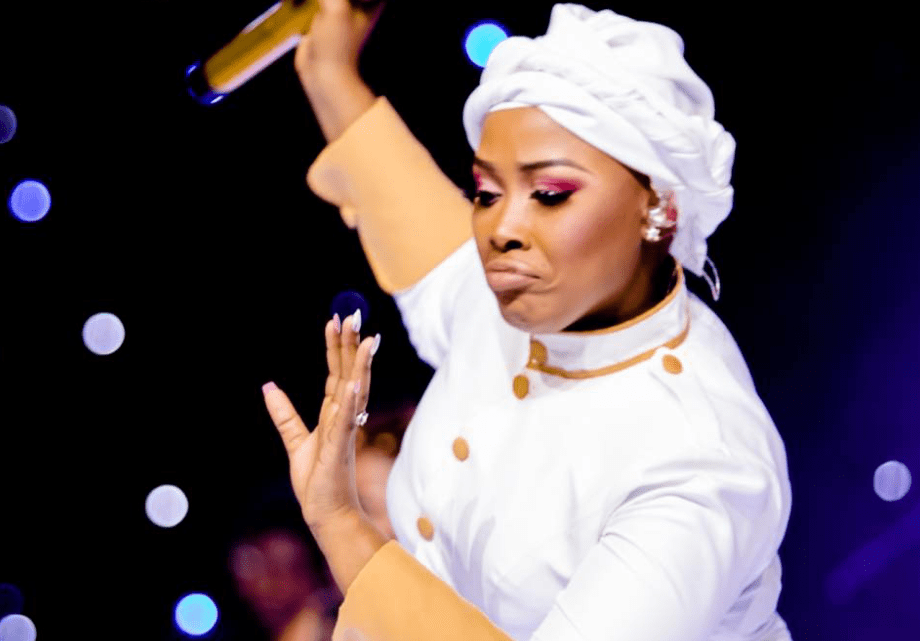 The sensational gospel artist was a channel that inspired many.

She has been able to reach many and hold shows on several platforms with her voice supported by her singing talent.

Today without mentioning Bucy Radebe, the list of gospel artists is incomplete in the country.

She was born in Maboloka, a town located in the North-Western region of South Africa.

She eventually moved to Soshanguve, which is located north of Pretoria.

Bucy Radebe was raised by a single mother, Mme Esther Radebe. Her surroundings played a significant impact in her developing a passion for music.

Her musically inclined family has shaped her into the person she is today. She began singing when she was three years old (3).

Bucy Radebe was educated in Mafumbuka Primary School in 1997 at the age of ten (10).

She joined the choral choir at that young age. At Botse High School, she continued her studies.

Bucy Radebe continued to strengthen her interest in music, and she then became the school’s choir director that is second in command after the teacher

Bucy Radebe has also participated in a variety of music-related events. She was a member of the AFM Youth Choir (House of Praise, Mabopane). She joined the Kopano Chorus in 2007 and became a member of Opera Africa the following year.

Bucy Radebe has also appeared in a number of shows, including a performance at the 2012 South African Youth Award.

She began working with Tebs David in the same year, 2012, and he eventually introduced her to other musicians, including Apostle Solly Mahlangu. She began singing with Apostle Solly as a background vocalist in 2013. She accompanied the performer to numerous African countries.

She began working with Tebs David in the same year, 2012, and he eventually introduced her to other musicians, including Apostle Solly Mahlangu.

She began singing with Apostle Solly as a background vocalist in 2013. She accompanied the performer to numerous African countries.

Bucy Radebe was a background vocalist for the popular musician, Takie Ndou in his first Album, Realibua Jesu. In 2018. she joined the Spirit of Praise Choir.

The gospel singer took a big step when she made the decision to emerge from the shadows and make her album, which she did. She recorded the album in November and released it in February of the following year.

Popular music label, Polokego Music signed the acclaimed gospel performer a few years after she became famous. Bucy Radebe‘s husband is the owner of the new record label. The label has been a big help to the artist in terms of event promotion, and she released her album, Spiritual Encounter through them.

An average of sixteen thousand people listens to her tracks per month.

Bucy Radebe has released some songs and album for mp3 downloads, some her various tracks are;

Bucy Radebe is active on Instagram. She can be found @BucyRadebe_ and she has a large fan base largely composed of Christians.

Bucy Radebe is a lucky woman. She is married to her Executive Producer and Manager, Thapelo ‘TP’ Thoboke.

She is a Christian gospel musician. She is a popular and influential figure in South Africa. She has two children.

The renowned South African gospel musician who has marked her name in the music industry, Bucy Radebe has accumulated an estimated net worth of $500,000-$750,000.