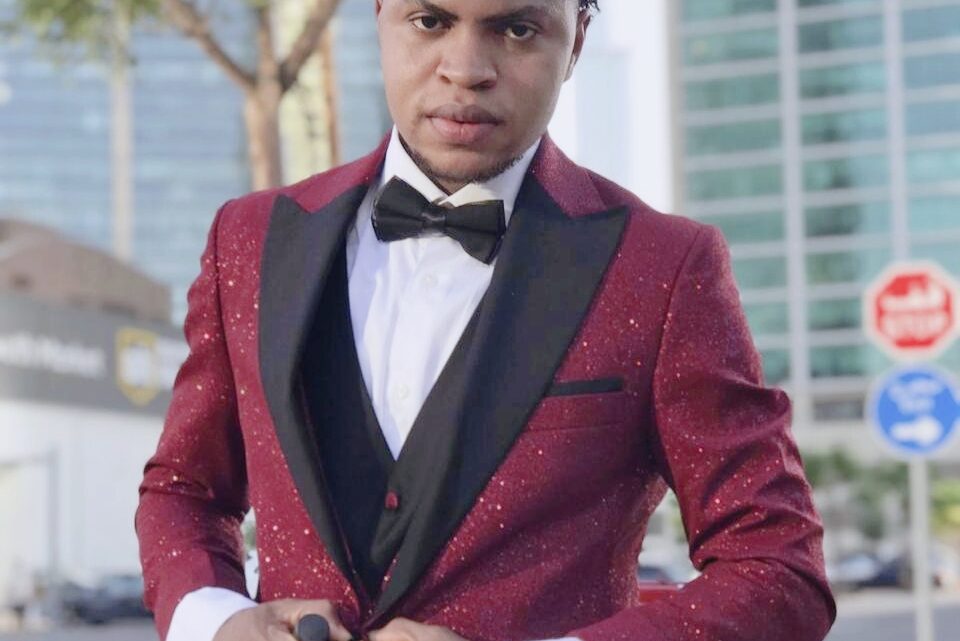 He is the founder and creative director of Legit Productions, an outstanding music production imprint. A devout Christian, DD Junior Alpha has preached the gospel to millions of people through top-charting songs such as Nwenyoh, Holy, Nginya, Lead Me Through, and Njomi (Thank You).

DD Junior Alpha was born to the family of Mr. and Mrs. Elumba on the 10th Of October 1997. He is a Cameroonian by birth and was raised in the South West Region. His parents named him Divine Etama Elumba. After his father.

He comes from a Christian household and was brought up in the same faith. So, from an early age, he began to attend church regularly and this helped foster his love for God. His lineage is traditionally known to be ministers of the gospel, serving as pastors, choir leaders, and elders in the church.

DD Junior Alpha is the first child of a family of five. Before his birth, the Elumbas had birthed a son but he passed away after a few years. After the death of his older brother, it took a while before Divine was conceived. So, he is considered to be an answer to his parents’ prayers.

Growing up, Junior noticed that the elders in his family loved gospel music but they couldn’t play any musical instruments. And that most of the instrumentalists that were invited to perform at church events, often charged exorbitant prices for their services.

To solve this problem, Junior took interest in learning how to play different instruments, and in no time, he became a very good instrumentalist. Besides ministering in his local church, DD Junior Alpha was often invited to perform at weddings, birthday parties, crusades, and other events held in his region. Thus, he became a popular face in the entertainment community of the South West region of Cameroon.

DD Junior Alpha got to experience quality education whilst living in Cameroon. He schooled at top institutions in the South West region for his elementary, secondary, and tertiary education.

He is a graduate of Transport and Logistics. He is also a certified Digital Marketer, bagging an OTHM diploma UK certified.

Despite his success as a professional instrumentalist, DD Junior Alpha never thought of pursuing a singing career, even though he was gifted with a beautiful voice. He was a very shy person while growing up, and this made him hesitant about singing.

However, his close friends kept on encouraging him to give singing a try. He finally heeded their advice in 2013 and sang a composed song at a crusade in Cameroon. Although it wasn’t a spectacular ministration, that debut performance was the motivation he needed to keep singing.

Since that moment, DD Junior Alpha has been waxing strong in the gospel music industry. He has released over a dozen songs which have won him hundreds of thousands of fans; who have been blessed by his spirit-filled songs.

He is the brain behind hit gospel songs such as Nwenyoh, Holy, Nginya, Lead Me Through, Njomi (Thank You), Dependable God, Favour, IF, Eringo (Love) and Elohim.

The singer is a favorite of many Africans who are lovers of gospel songs. This is why he has been invited to minister (perform) at several Christian events on the continent.

DD Junior Alpha has also been able to build a large fan base outside the African continent. This has been achieved by leveraging his social media channels. The gifted singer has a YouTube channel where he uploads videos of his singles and also organizes live performances from time to time. Across the world, thousands of Christians tend to stream his live performances whenever he holds them.

The social media space has been pivotal to DD Junior Alpha‘s growth as a musician. As it has introduced his music to more audiences, beyond his locality.

DD Junior Alpha is in his mid-twenties. His birthday comes up on the 10th Of October every year. He is currently based in the Middle East, having migrated to Dubia, some years back.

He is ever focused on his gospel music career and is constantly pursuing the mission of blessing lives with Godly songs.

A trained Transport & Logistics expert, DD Junior Alpha is also a certified Digital Marketer and offers his services to both small brands and big corporations across the globe.

He is also the Founder and CEO of Legit Productions. An excellent sound engineer, he helps artists with the sound production of their songs.

The handsome minister of the gospel is currently single. But it is believed that this status might change soon.

Because he is a multi-potentiality, DD Junior Alpha has been able to create a steady stream of income off his different careers.