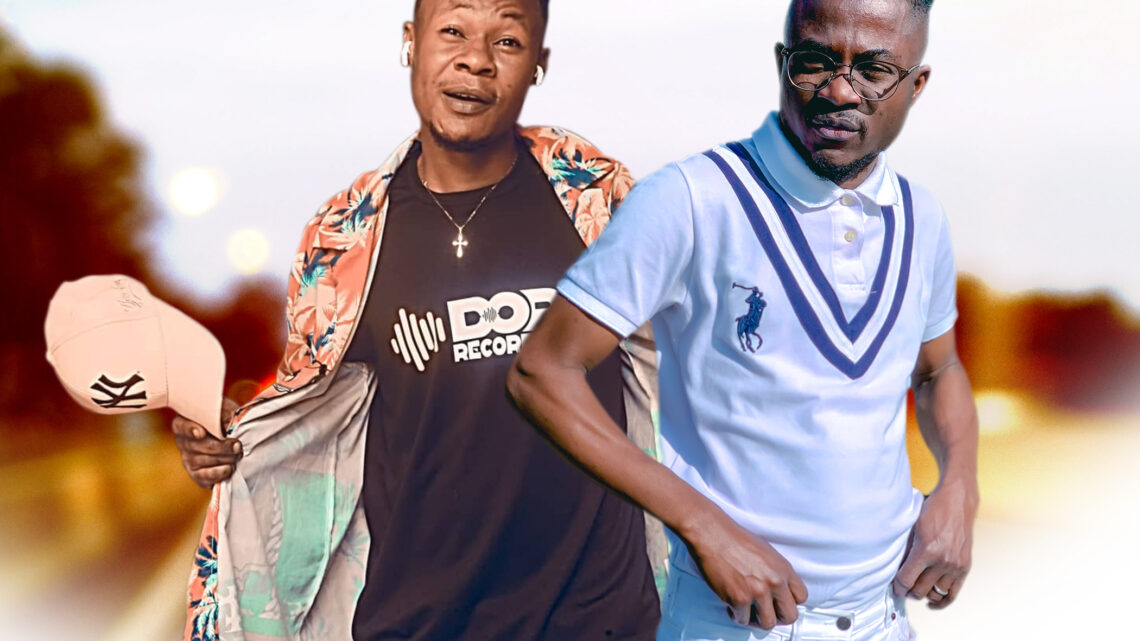 Fasamelodies (founded 2009) is an Afrobeats music group that has warmed its way to the hearts of thousands of Afrobeats lovers with several commercially successful projects.

Fasamelodies is a two-man music group composed of talented artists Ayomide Sevven and Finnest Abiodun. The duo has distinguished themselves from other artists with superior songwriting, singing, and rapping skills.

The duo is the brains behind hit songs such as Letter To Odo, Love and Hurt, Eleda Mi, and Steady Steady. As solo artists, the duo has released two top-charting EPs – Hustle and No Be Lie.

Ayomide Sevven is the professional name of Ayodeji Samuel Oluwatosin. Ayomide Sevven is a Yoruba man who hails from Osun State. However, he was born and raised in the South-South region. His formative years were spent residing in Benin City, Edo State.

On the other hand, Finnest Abiodun‘s full name is Awodumiye Abiodun. He is an indigene of Ondo State, in the South West region. He was born in Ilara Mokin, spending his early years in the town before moving to Benin City.

Finnest Abiodun‘s parents are Mr Oluwadare Awodumiye and Mrs Florence Awodumiye. The Awodumiyes are a middle-class family who catered to the basic needs of their son and raised him up in the Christian faith.

Growing up, Fasamelodies were opportune to have access to quality education, thanks to their parents.

Ayomide Sevven completed his elementary and secondary school education at top public schools in Edo State. He scored good grades in his SSCE, graduating from Edokpolo Grammar School. Thereafter, he pursued higher education by studying Public Administration at the Federal Polytechnic, Auchi. After two years of study, he bagged a National Diploma (ND) from the institution.

Finnest Abiodun studied at leading public schools for his primary, junior, and senior secondary education. On completing his O’Levels, he ventures full-time into the furniture business, having excellent knowledge of the craft by assisting his uncle, who is the Director of their furniture company.

The love for music was birthed in both artists from a young age. Influenced by the sounds coming out from Nigeria and other parts of Africa, the duo Fasamelodies was inspired to make music and chose Afrobeats as their sphere of focus.

The journey to their emergence as rising stars in the industry started when both of them began to imitate established acts and sing their songs. As secondary school students, they made a name for themselves for being good at singing the covers of popular songs. They always thrilled their classmates with the rendition of songs by their favorite artists.

After doing this activity for a while, they tapped deeper into their potential and began to compose their own songs, pushing out original content. This milestone began to take shape between 2008-2009. Motivated by the joy of writing their own original songs, they individually visited the studio to record some of the songs and then distributed them in their local community.

This was the birth of their individual music careers. Ayodeji picked up the stage name, Ayomide Sevven, while Abiodun chose the moniker, Finnest Abiodun.

Over the years, the duo has been pursuing solo careers, creating music, and refining their sounds in the process. They built a name for themselves in the underground music scene with the songs they were releasing. Together, they dropped their first single titled “More Love”, which did reasonably well in the market. It was released under the stage name “Ayomide“.

However, in 2020, they got the big break they were looking for. The break came after they decided to push out debut projects.

Bagging a distribution deal with Ghettosound Entertainment International, the duo released individual EPs in 2020. Ayomide‘s project was titled Hustle, while Abiodun named his own No Be Lie.

Like they hoped it would, the projects did very well in the market, winning them new fans, as people kept listening and vibing to their songs. During this period, they decided to rebrand from Ayomide to Fasamelodies. This became the new name of the group.

With hundreds of thousands of streams to their credits, both artists are one of the celebrated new faces in the music industry. They have built a strong fanbase both in Nigeria and Europe. And have proven to be master creatives when it comes to music. The evidence of this is seen in hit songs such as Steady Steady, Letter To Odo, Eleda Mi, Love and Hurt.

Fasamelodies is quite active on social media and has used their individual and joint social media pages to promote their work and connect with their audience.

They currently have over 351 followers on their joint Instagram page.

Ayomide Sevven is a family man. He is currently married to Mrs Loveth Ima Ekigharo Aibangbee. Their union has been blessed with two children, Amanda Omobolade and Nikolaus Bayo Oluwatosin Ekigharo.

Although Finnest Abiodun is yet to tie the knot, he is currently in a serious relationship with a beautiful young lady.

Asides from music, the two music acts are entrepreneurs who run their own SMEs.

Besides the money they generate from their music career, Fasamelodies is also building wealth from their individual entrepreneurial ventures.