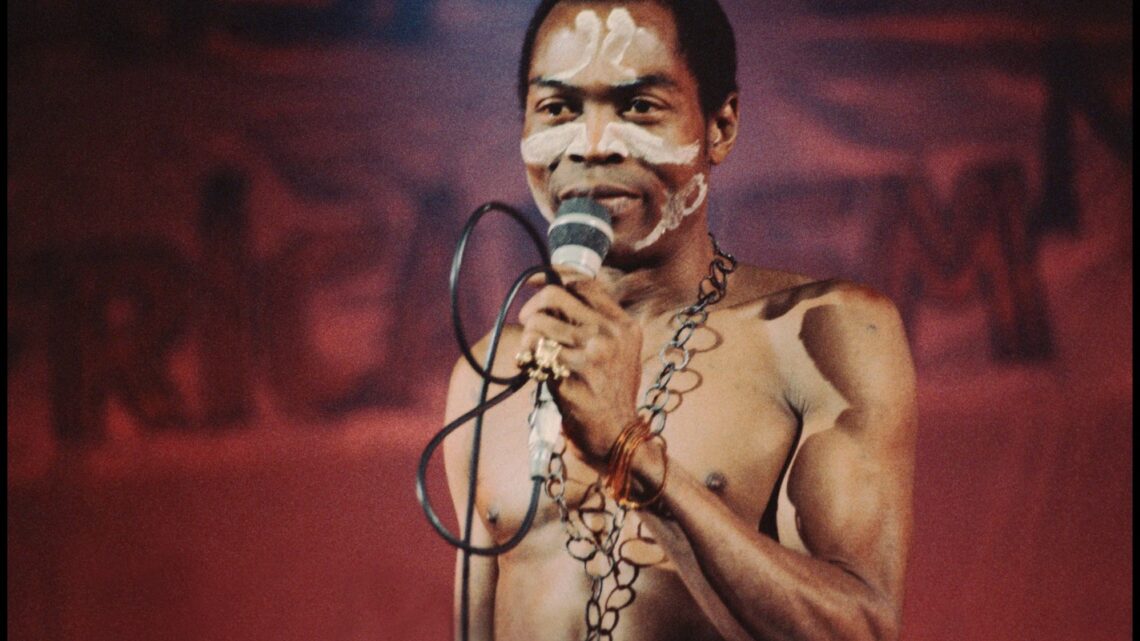 Although he’s late, his influence in the African music industry continues to transcend from generation to generation.

In his lifetime, he was a music composer, multi-instrumentalist, bandleader and political activist who held Pan-African views.

Starting out as a Jazz musician, Fela Kuti pioneered Afrobeat by combining traditional Yoruba percussion with American funk and jazz.

Fela Kuti was born to the family of Reverend Israel Oludotun Ransome-Kuti and Chief (Mrs) Funmilayo Ransome-Kuti on the 15th Of October 1938. He was birthed in the city of Abeokuta during colonial rule.

He comes from an influential upper-middle-class family. His father was a school principal, an Anglican minister, and the Nigerian Union Of Teachers pioneer president. While his mother was a strong political activist, focusing more on women’s rights. She is also credited to be the first woman to ride a car in Nigeria.

Fela Kuti spent his early years living with his family in Abeokuta before moving to England to pursue a university education. He decided to change his surname from Ransome Kuti to Anikulapo Kuti because he considered the former a slave name.

Fela Kuti completed his secondary school education in Abeokuta Grammar School. Although he was sent to London to study medicine, he opted to study music instead.

He enrolled at Trinity College Of Music, picking up interest in the trumpet and graduated after three years of study.

While in England, Fela Kuti formed a band called Koola Lobitos that played a fusion of jazz and highlife in clubs in London.

He moved back to Nigeria in 1963, where he reformed the Koola Lobitos. Also, he joined Victor Olaiya‘s band for a while before seeking a new creative direction. It was during this period that he founded the Afrobeat genre and renamed his band, African 70. After that, he established the Kalakuta Republic that served as a commune, recording studio and home for most of his band members.

Fela Kuti also set up a nightclub in Empire Hotel, which he named Afro-Spot before renaming it to New Afrika Shrine. Fela Kuti sang in Pidgin English, making it possible for his music to be understood and enjoyed by the multi-lingual Nigerian community. Pidgin English was a common language in the country.

Fela Kuti and his band released the album, Zombie in 1977, whose message was targeted at the present-day military government. The album was a commercial success selling thousands of copies.

Known for creating conscious political music, Fela Kuti was famous all over Africa. He also travelled down to Europe on tours, performing at different shows. One of Fela Kuti‘s music peculiarities is that his songs are very long: 25-30 mins. This is because he uses a lot of instrumentals in his songs, and his music lyrics are known for their call and response feel.

In 1979, Fela Kuti formed a political party, Movement Of The People (MOP) and intended to run for president, but the government prevented him from congestion. By 1980, he decided to create a new band called Egypt 80. He released the album, Beasts Of No Nation in 1989.

A Pan-Africanist, Fela Kuti was imprisoned by the Buhari regime in 1984 because he was a vocal critic of the government. After spending twenty months in jail, he was released when Gen. Ibrahim Babangida came to power. By the 1990s, Fela Kuti had reduced the number of albums he released and no longer went on tours in Europe.

Fela Kuti made news in the 1970s when he married 27 women on the same day. However, he divorced most of them prior to his death.

Fela Kuti passed on after a prolonged illness on the 2nd Of August 1997. His elder brother, Olikoye Kuti, revealed that Fela Kuti had died as a result of AIDs related complications. However, his immediate family members denied the claim.

In 1977, his home, Kalakuta Republic, was invaded by 1000 soldiers, who burnt and destroyed his properties. He and his band members also suffered physical assault from the soldiers. The attack had responded to his recently released album, Zombie, which the government found offensive.

During his lifetime, Fela Kuti made his wealth from the sales of his records, music tours and shows. He lived a simple but comfortable life.