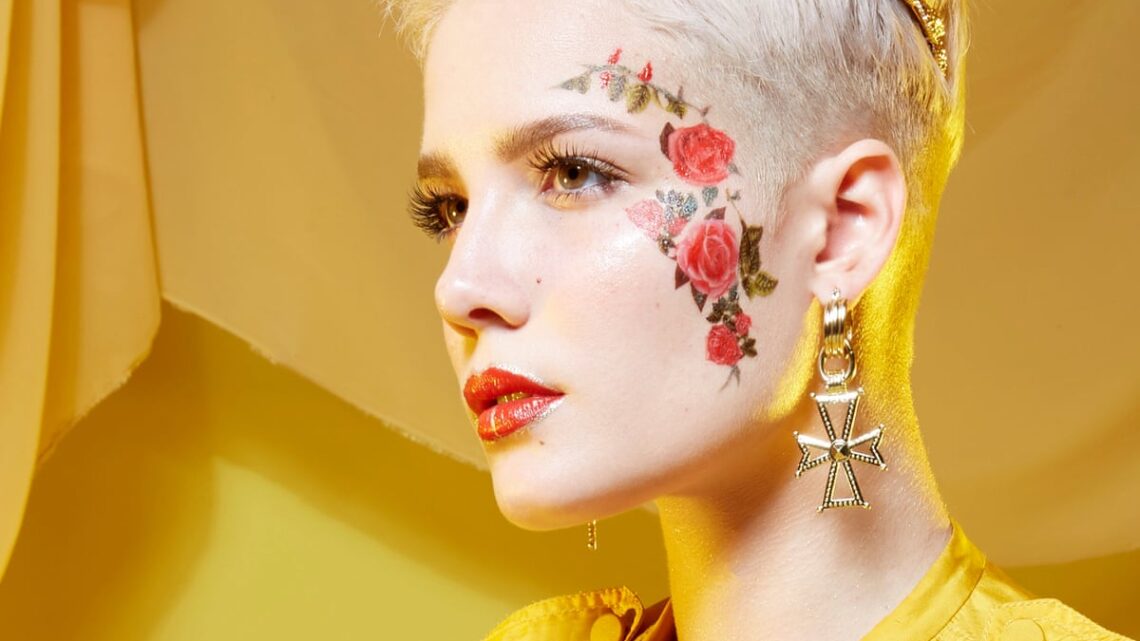 She is a 28-year-old celebrated American singer, actress, and songwriter.

She rose to fame back in 2014 after gaining national attention from self-released music she put on social media.

Her parents dropped out of college after her mother discovered that she was pregnant with her.

Her mother, Nicole Frangipane, works as an emergency medical technician, and her father, Chris Frangipane, manages a car dealership.

Halsey has two younger brothers, Sevian Frangipane and Dante Frangipane. She played the violin, viola, and cello until moving on to the acoustic guitar when she was 14.

She grew up listening to Alanis Morissette, Justin Bieber, and Brand New. Throughout her childhood, Halsey‘s family frequently moved, as her parents worked many jobs. By the time she reached her teen years, she had enrolled in six schools.

In high school, she endured bullying by other students, and at 17, she attempted suicide, which led to a 17-day hospitalization. Following this, she was diagnosed with bipolar disorder; her mother also struggles with affliction.

Halsey began using recreational drugs soon after, saying her bipolar disorder caused her to become an “unconventional child.” Also, when she was 17, she became romantically involved with a man who was 24 and resided on Halsey Street in Brooklyn. She has said, “That’s where I first start[ed] writing music and where I started to feel like I was a part of something bigger than my town in the middle of nowhere New Jersey.

Halsey is kind of like a manifestation of all the exaggerated parts of me, so it’s like an alter ego.” In 2012, Halsey graduated from Warren Hills Regional High School in Washington, New Jersey.

Halsey started writing music when she was 17, and in 2012, she began posting videos to social media sites such as YouTube and Kik, particularly Tumblr, under the username “se7enteenblack”. She became known for a parody of Taylor Swift‘s song “I Knew You Were Trouble,” inspired by Taylor Swift‘s relationship with Harry Styles. She then wrote a follow-up song about their relationship, which was posted online in early 2013.

In early 2014, Halsey went to a party and met a “music guy” who asked her to collaborate on a song with him because he liked her voice. The result, a song about her ex-boyfriend, titled “Ghost,” was posted by herself on SoundCloud several weeks after it was recorded. Within hours, the song gained online popularity, and she was subsequently contacted by several record labels, with the song eventually charting and going on the radio.

Finally, she signed with Astralwerks, feeling that they gave her more creative freedom than other labels that contacted her.

Following this, Halsey played numerous acoustic shows in different cities under several stage names. Finally, she chose Halsey as her permanent stage name because it is an anagram of her first name and a reference to the Halsey Street station of the New York City Subway in Brooklyn, a place where she spent a lot of time as a teenager.

She also stated Halsey was the most popular name she used. Having written poems for years, Halsey began writing more severe songs as a way to promote them. Music became her “confessional approach” and a form of therapy after the difficult life she had endured.

For about six months in 2017, Halsey was involved with rapper G-Eazy. The pair even collaborated together on their track, Him & I. However, they briefly called their relationship off in 2018 but rekindled their romance soon after. The two called it quit for good in October 2018.

From January to September 2019, Halsey dated Yungblud, and soon after, they broke it off. After that, she dated American Horror Story actor Evan Peters before ending up with Alev Aydin.

Along with releasing studio albums, Halsey also gets her net worth from movie soundtracks. Her songs have been featured in movies like Nerve, Fifty Shades Darker, and Birds of Prey.

According to an online source, Halsey has an estimated net worth of $15 million to $20 million.