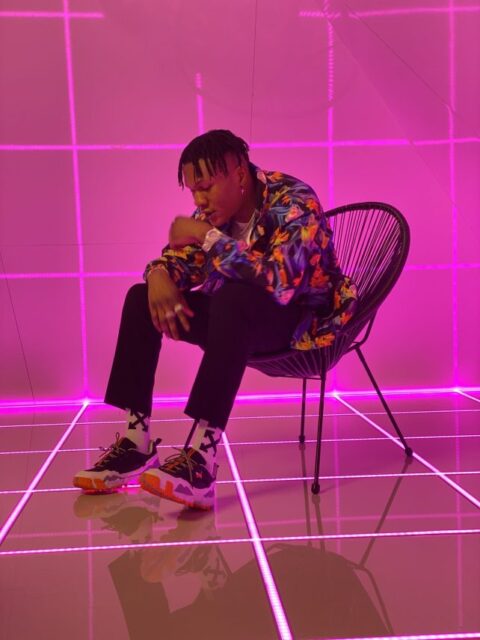 Wisdom Iguma (born 11 May 1991), with the stage name Iceslim, is a Germany-based Nigerian talented singer and songwriter.

The song smashed and has been breaking musical records since its release.

He was born to an average Christian family in Benin city, Edo state.

Wisdom loves singing and writing songs. He chose the name Iceslim as his musical brand and prefers to be referred to by the name.

He nurtured his singing ability in secondary school, playing for his classmates and participating in school and local competitions.

Iceslim also has his family to thank for supporting all through, even when other parents strive to stop their children from becoming musicians.

Iceslim did his primary and secondary education in Benin city, Edo state.

He graduated with a certificate from the West African Examination Council WAEC and the Senior School Certificate Examination (SSCE).

The young artist still has plans to obtain his first degree. However, he is more focused on his career development compared to his education for now.

Iceslim is an upcoming musician who dreams of reaching the big stage. His passion for singing was on the rise when he started singing in secondary school.

The singer now lives in Germany, in the continent of Europe, where he intends to perfect his musical career for global recognition.

He started singing officially in the year 2020 and intends on achieving greatness before 2024.

He has two hits songs to his name, the first is Lamba featuring upcoming German-based Nigerian singer, Dasnoop, and another is titled BAD OH.

The song Lamba dragged the talented singer to fame. The song is on every rotation, airwaves, and night clubs which many people had described as the best from an abroad-based singer in the last five years.

Iceslim‘s career dream is to gain recognition like other top artists in Nigeria and sign for one of the biggest record labels.

He also dreams of gracing the same stage with Grammy award winners Burna Boy and Wizkid.
He has an upcoming album in what will be his first titled Dream Chaser.

Iceslim is a man full of swags. The young and handsome celebrity has his pictures displaying impressive fashion on his social media space.

See his social media handles below:

Iceslim is still unmarried as far as we can gather. But it is not known if he is in any relationship or has been with someone in the past.

The Edo-born revealed that his favorite artist of all time is Nigerian superstar, Wizkid. “He inspired me a lot,” he added.

During his leisure, Iceslim plays a video game known as PlayStation. He also loves to film or take pictures with his camera Canon EOSR and can’t do without his AirPods.

Iceslim is an upcoming singer whose career has been predicted to hit the top level in the coming years. But, unfortunately, information about his net worth and salary is unavailable to the media for now.