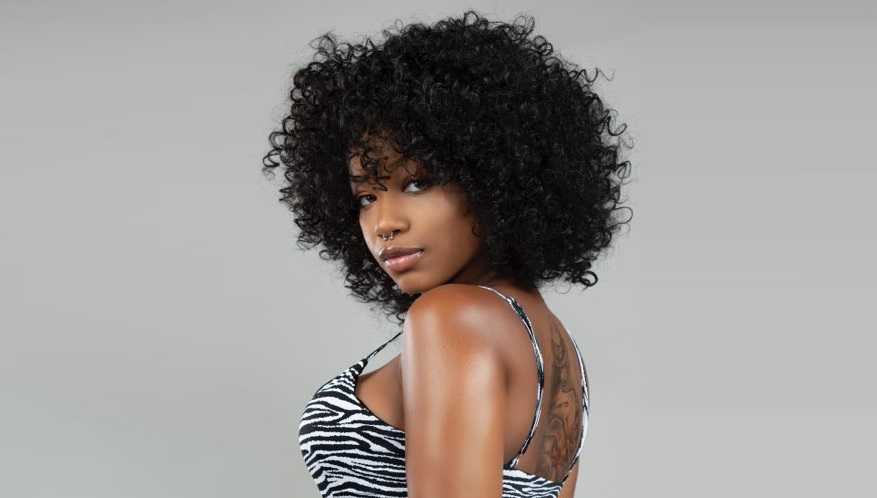 Known by her professional name Mikeila J but real named Mikeila Jones is an American rapper, model, and video vixen.

Born on the 29th of July 1997, Mikeila Jones was raised in the city of Atlanta, Georgia State.

Mikeila ‘J’ Jones‘ career started off with her being an Instagram-based Model and Influencer. This led her to become the brand ambassador for big companies like Fashion Nova.

In 2019 she moved over to Los Angeles, California so as to fully chase her dreams. And soon enough, she started to feature in major music videos.

In less than three months’ time, she was featured in the music videos of artists like Ty Dolla Sign, Chris Brown, Blue Face, Quavo, Juicy J, Rick Ross, DaBaby, Chance The Rapper, and many others.

In October 2019, she attained worldwide fame when she joined the social media app TikTok and her followers rose to 1 million in less than four months.

Later on, she posted a video featuring Cookie Kawaii soon to be hit single, Vibe which went viral and paved the way for her career.

In 2020, she put out Mike Vick with her TikTok aggregation video.

Mikeila ‘J’ Jones has posted numerous video recordings on her TikTok account. She has over 62.3 million likes from her recordings. She has 336K followers on Instagram and 43.9K followers on Twitter.

She is currently single with a child; a young girl. The identity of the father of her child is unknown.