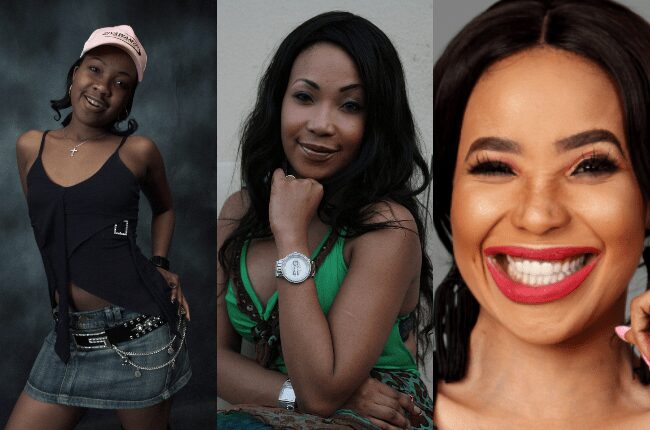 Late Nomasonto Maswanganyi popularly addressed as Mshoza Zola or Queen of Kwaito was a South African musician, dancer, and motivational speaker. However, she was popular for her music.

She was born in the year 1983 and died in 2020 due to diabetes complications.

Mshoza was born on the 7th of January 1983 in Johannesburg at the Meadows Clinic.

She had two sisters, Thandi and Seipati. She was raised by her grandmother she passed on when Mshoza was 19 years. She then started living with her mother and stepfather

She attended Khuthala Protea North from grade 1 to grade 5 and Rebone Naledi Ext 2 from grade 6 to grade 7.

For her high school, she attended Reasoma Protea North from grade 8 to grade 11 and finally P.Q Mvundla Rockville for her grade 12.

Mshoza’s career started while she was at a tender age. She started singing in Protea at the age of 10.

She claimed she made her first million while she was only 15 years old.
Nomasonto was a musician, dancer, and motivational speaker. She officially signed up for Bulldawgz Entertainment as a musician.

Mshoza was married thrice between 2007 and November 2020, when she passed on.

2007-2011: she was married to Jacob Mnisi, a business tycoon. Jacob called off the marriage, claiming that Mshoza abused him. They had 3 children.

2017-2019: She got married to a Durban businessman, Thuthukani Mvula. However, this union did not last long.

Mshoza filed for a divorce because according to her claims, Mvula was physically abusing her.

February 2020-June 2020: Mshoza tied the knot again in February 2020 with East Rand businessman, Prince Dlamini.
The marriage only lasted for 5 months, but the two were never officially divorced.

Apart from these, the late Queen of Kwaito released a lot of tracks before her untimely demise.

Before her passing, the Kwaito legend was on:

On the 19th of November 2020, the 37 years old Kawito Queen, Mshoza passed on, due to complications from diabetes.