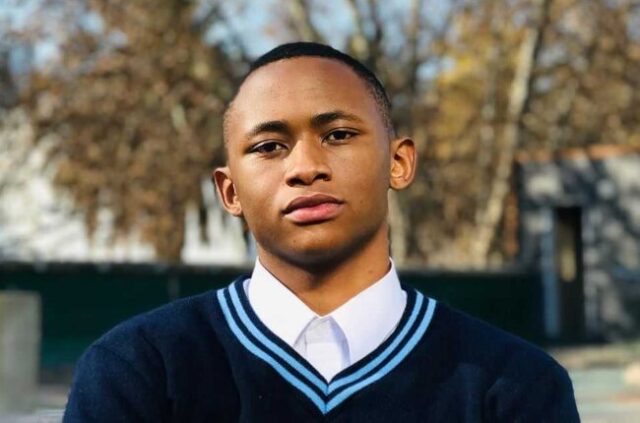 He gained national fame for his excellent portrayal of the role of Ntokozo in the South African drama series, Gomora.

He is also known for his songs; Either Way and All Night. He is loved and appreciated on South African soil.

Ntobeko Sushi was born in 1998 in Durban, KwaZulu-Natal. The young actor was raised in Durban and was raised by both his parents.

He was born on the 21st of May which makes him 23 years old. He celebrates his birthday every 21st of May.

Ntobeko Sishi started and completed his secondary school studies at George Campbell School of Technology. He went ahead to further his education to the tertiary level and obtained his first degree, a Bachelor of Commerce in Economics and Finance at the University of Cape Town.

He also obtained a Postgraduate Diploma in Management and Entrepreneurial Studies from the University of Cape Town. He obtained his Postgraduate degree immediately after his first degree.

Ntobeko Sushi has a career as an actor, musician, and songwriter. His first act in the television industry was in June 2018. He played a lead role in Signal High, a popular South African high school drama.

The show was on the air from June 2018 – September 2018. After the show rounded up, he waited till May 2019 when he joined a station of the South African broadcasting company as a presenter on the popular South African youth show, Hectic Nine-9.

After his gig as a presenter, he landed a role in acting on television after he was selected to join the cast of Gomora, a South African telenovela. He plays the role of Ntokozo on Gomora who is the son of Melusi and Gladys.

In a recent interview, he revealed that he did not audition for the role but instead he went to audition for the South African television show, Nkululelo, he did not get the role he auditioned for. However, the directors were very impressed with his performance in the audition and offered him a role in the cast of Gomora.

As a musician, He has released singles including Either Way and All Night. His songs were well received by South African music fans. He is a songwriter and had written the lyrics of some popular South African songs.

Ntobeko Sushi is active on social media. The handsome actor has a large online fanbase of over 370 thousand followers. His handle is @sishiiofficial.

Ntobeko Sishi is currently single and not married. He claims he is currently searching and will settle down as soon as the right lady comes around.

He has been rumored to have a child outside wedlock but this is not verified. Some believe he has a girlfriend but keeping it away from the public.