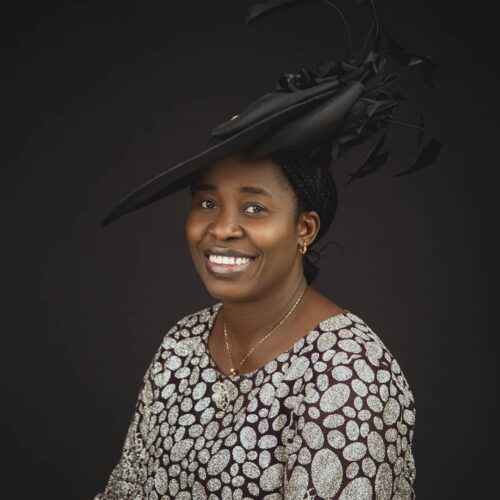 The Abuja-based musician was revered in the gospel music scene for her sonorous voice and top-notch songwriting skill. She came to the limelight with the release of Ekwueme, which is one of the commercially successful gospel songs in the new millennium.

She also appeared as a featured artist on top-tier gospel singles such as Nara Kele and You No Dey Use Me Play.

Osinachi Nwachukwu passed away on the 8th Of April 2022 after a health issue caused by injuries sustained from an assault.

Evangelist Osinachi Nwachukwu was an Igbo woman who hailed from the South-East region.

She was born as a twin on the 12th Of November 1979. Her twin sister is Mrs Amarachi Grace Eze. She has another sibling named Favour Made.

Her ancestral home is in Isuochi town, in Abia State. However, she spent her formative years residing in Enugu City alongside her family. She comes from a middle-class background, but her parents ensured that she didn’t lack any good things while growing up.

Osinachi Nwachukwu grew up in a Christian household, which helped foster a deep love for God in her heart. She loved attending church to fellowship with other brethren as a teenager and was fond of singing worship and praise songs in God’s honour.

She was mentored by Pastor A.K.A Ogene, who helped to grow her fear for God Almighty and passion for working in the Lord’s vineyard. She joined the choir in her youthful days, which helped her develop musically. And in a couple of years, she became one of the leading vocalists in her church.

When Osinachi Nwachukwu grew older and got married, she moved to Abuja, the Federal Capital Territory Of Nigeria. Then she joined Dunamis International Church, and Pastor (Dr) Paul Enenche, the General Overseer of the church, became her spiritual father.

She graduated from high school in 1996 after scoring good grades in her Senior Secondary School Certificate Examinations.

She bagged her Bachelor’s degree from a leading university in the South-East region and completed the mandatory NYSC in 2009.

As a member of Dunamis International Church, Osinachi Nwachukwu was an active chorister and often led the congregation in worshipping and praising God during service days.

Although a chorister, Osinachi Nwachukwu was also a thriving gospel musician. Having discovered her musical gifts early on, she had taken to composing and recording gospel songs. Over the years, she released a couple of gospel songs with good numbers in the local market.

However, it was in 2017 that she became a national celebrity. Her fame came after she was featured by Prospa Ochimana on the hit song, Ekwueme. The single thrust Osinachi Nwachukwu into the limelight in the Christian community as many believers loved the song and listened to it. Ekwueme has become one of the top-tier worship songs to ever be released in Nigeria.

Later on, she was featured by her General Overseer, Pastor Paul Enenche on the song, Nara Ekele. This single was successful in the Nigerian and global gospel music scene. This song brought more recognition to Osinachi Nwachukwu‘s talent as a musician. She was also featured by singer Ema Onyx on the song, You No Dey Use Me Play.

As a music evangelist, she was invited to minister gospel songs at denominational and inter-denominational events in Nigeria and other countries. She preached the gospel of Christ through spirit-filled songs. And she was described as the country’s foremost worship leader.

Before her death, the singer Osinachi Nwachukwu had a large number of fans following her on social media.

Evangelist Osinachi Nwachukwu passed away in the hospital on the 8th Of April, 2022. Before her death, she was married to Mr Peter Nwachukwu. Their union had produced four children, three sons and a daughter.

She resided with her family in a spacious and well-furnished house in Abuja City. At the time of her death, she was reported to have died from throat cancer. But recent reports have shown that she was a victim of Domestic Violence, which might have led to her premature death.

Close friends and family members have revealed that the Late Osinachi Nwachukwu was usually physically assaulted by her husband. The hubby was also said to have inflicted emotional abuse on the deceased gospel singer. People close to Osinachi Nwachukwu have accused her husband of being responsible for her death. This is because she had suffered various injuries from when he assaulted her.

As soon as the news hit the internet, there was outrage across different social media channels. Mr Peter Nwachukwu has been arrested by the police, who have begun an investigation on the cause on the real cause of the late gospel musician’s death. He was taken into custody on the 11th Of April 2022.

Osinachi Nwachukwu was 42 years old at the time of her death and is survived by her four children, mother, siblings and husband.

While she was alive, Osinachi Nwachukwu made money from the royalties generated by her discography and the fee she was paid for performing at events.