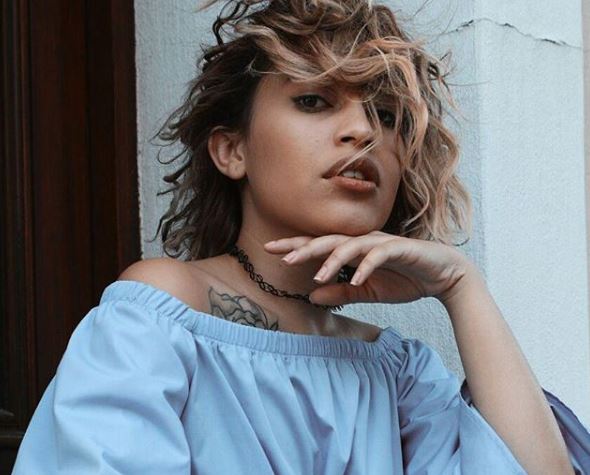 Rowlene (conceived 3 March 1997) is the stage name of Rowlene Nicole Bosman who is a multi-gifted South African Singer and Songwriter.

Rowlene Nicole was born in Elsie River, Cape Town on the 3rd of March, 1997.

Growing up, she participated in several dancing and singing competitions.

In 2015, she released her first single Imposter.

The song is a part of her EP The Evolution of a Robot which was released on the 30th of March 2017.

In 2016, she became famous after singer and rapper Nasty C featured her on his single, Phases.

She was also featured in A-Reece‘s second album, From Me To You and Only You, singing in the track, Pride.

She is currently signed to the leading South African record label, Tall Racks Record. The label is home to artists such as Erick Rush, Nasty C, and Tellaman.

She released a 20 track album, Evolution Of A Robot 2nd Generation on the 25th of September, 2020.

She is the founder of Utopia, a community youth initiative that serves as a platform for aspiring music artists in Cape Town.

The 25-year-old, Rowlene has never been married. Neither does she have a child. She is currently single and has no boyfriend.

The rumor circulating on the media spaces denotes that Rowlene is dating Gemini Major, a South African record producer.

The South African singer, Rowlene has an estimated net worth of $150,000.