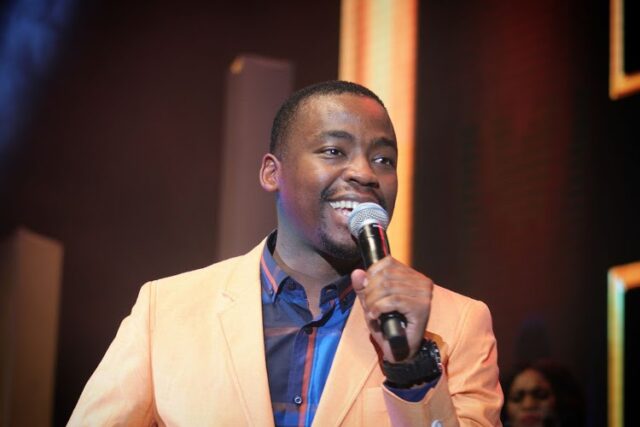 He is also a member of the popular South African Gospel choir, Joyous Celebration.

He is known for his use of powerful vocals during Christian ministration.

Sbu Noah was born on the 10th of March in 1986. He was raised in a Christian household in Kwazulu-Natal in South Africa.

He was taught and raised by Christian principles and tenets. He joined his local church choir from a young age where he developed his music abilities and singing skills.

He is an indigene of Umulazi in South Africa and has two younger siblings. He faced challenges in his education when his mother who was the breadwinner developed an illness when he was studying for a degree in the University.

He bagged a Bachelor’s degree in Anatomy from a prestigious South African University.

Sbu Noah has excellent music and singing ability but the Christian gospel artist did not have any plans to become a musician. For a large part of his life, he was deeply dedicated to his education.

His career in music began when he became interested and watched a backstage music talent search audition in Durban, South Africa. He was interested and felt he had the talent and registered for the audition.

During the audition, he was spotted by Grace Mahlaba and was set on the path to fame in the music industry. He joined the South African music choir called Joyous Celebration Gospel group after Lindelani Mkhize linked him up to the group in 2012.

He has gone on to perform in several South African music concerts ever since. In 2019, he released his first solo album titled, A David King of Psalm. He is the current host of the gospel program, Dumisa TV.

Sbu Noah was nominated for the Best Gospel song at the SABC Crown Gospel award in 2019.

Sbu Noah is not married and has no children. Between 2018 and 2019, rumors that he was leaving the Joyous Celebration Gospel choir surfaced and gained ground across the nation.

The claim was that he wanted to leave to focus on a solo career, it was also around the time he was working on his debut album, and as a result, fans believed this rumor.

It was finally dispelled by one of the lead founders of the choir, Jabu Hlongwane.

Sbu Noah is active on Instagram where he shared pictures of himself and his studio regularly for fans. He also uploads dates of the music concerts he is set to perform in. His handle is @SbuNoah.