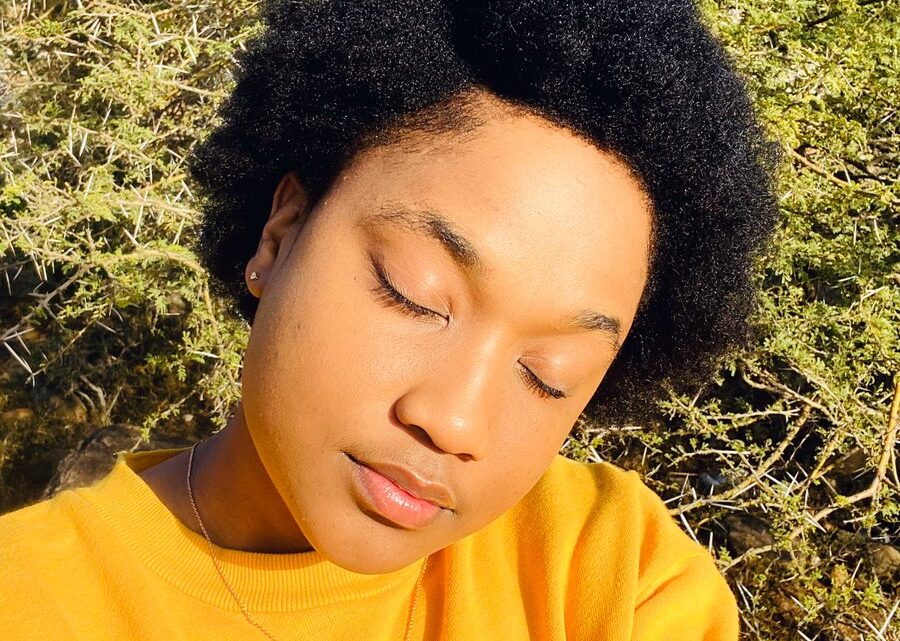 She was raised in Tugela Ferry, KwaZulu-Natal. Her unique style of music entails electronic dance and covers both neo-soul and experimental pop.

She once auditioned for SA Idols and SA’s Got Talent but was unsuccessful. Her album ‘Tugela Fairy (Made Of Stars)’ is amongst the top pile in the South African music industry.

Simmy was born in the KwaZulu-Natal Province in 1996. She is the last of four children birthed by her parents.

During her childhood days, Simmy spent a lot of time with her granny, who lived close to her family house.

Simmy‘s parents were very disciplined. Her father loved makandi and country music. She once spoke of how he would play loud songs after returning from work. She also loved to climb trees, especially at weekends.

Simmy received basic and high school education and finished with very impressive grades. Later, she moved on to the University of KwaZulu-Natal to study Social Sciences. She is currently a graduate and a degree holder.

Simmy once auditioned at SA Idols and SA’s Got Talent but was unsuccessful in both attempts. Due to her love for music, she worked harder on her vocals and personality.

Her big break came at the university when she met Sun-EL Musician who signed her into his label, EL World Music in 2017; after her very impressive performance. They both collaborated to release the song, Ntada Ezikude.

After leaving school, she released her album, Tugela Fairy (Made Of Stars) which launched her into fame in South Africa. Some of her other songs are Simmy Ubala, Simmy Nawe, Simmy Ngonile, Simmy Ngiyesaba, and Sonini.

Her neo-soul and neo-folk beats have made her stand out in the music industry, earning her performances in The DStv Africa Magic Viewers’ Choice Awards and the Buyelekhaya Festival in East London, in recent times.

Simmy spends a lot of time on self-development. She once announced how she had to overcome shyness and stage fright to become a successful musician.

At the moment, Simmy hasn’t socialized her boyfriend, spouse or husband. We hope to see her flaunt the man of her dream in the nearest future.