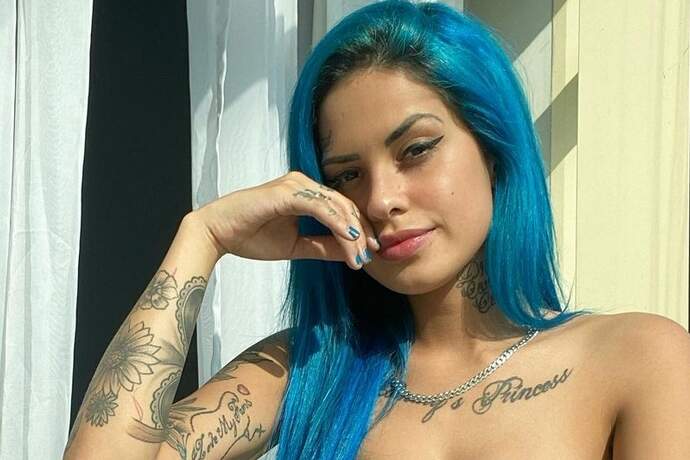 She is known for her hit song, Parara Tibium which was released in 2014.

Tati Zaqui was born in São Caetano du Sul, São Paulo on the 18th of February, 1994. She was raised in the city of Santo André.

At 7 years old, she began writing songs. Though she initially studied to be a flight attendant, her musical career commenced in 2013 after she uploaded a song on YouTube. The single titled “Salve, MC Kauna” is a tribute to the eponymous musician. MC Kauna shared the song on his Facebook page and the song garnered over 15,000 views in one day.

But Tati‘s big break came in 2014 when she released the song, “Parará Tibium” which brought her nationwide fame. The song went viral after a video of actress Bruna Marquezine dancing to the song appeared online.

In 2015, she released a music video of the song produced by KondZilla which reached 6 million views in less than two weeks.

Still, in 2015, she released the song, “Agua na Boca” and traveled to Cancún to shoot the music video.

In 2016, she and singer Lexa collaborated on the track “Movimento“.

On the 2nd of August, 2020, she released the duet, “Aguenta” with rapper Pelé Miliflows.

In 2015, Tati Zaqui came out openly as a bi-sexual. She and her lifelong idol, MC Kauna announced their engagement in 2018 but they broke up six months later.

She admitted to having a brief affair with Neymar during the Carnival season in 2019, claiming that “it was good”

Since May 2019, Tati Zaqui has been in a relationship with footballer Yan, the brother of Yuri who played for Santos and Audax.

She was nominated for the MTV Millennial Awards Brazil in 2020.

The Brazilian singer and songwriter, Tati Zaqui with her main source of income being the music business have an estimated $800,000 – $3.5 Million.