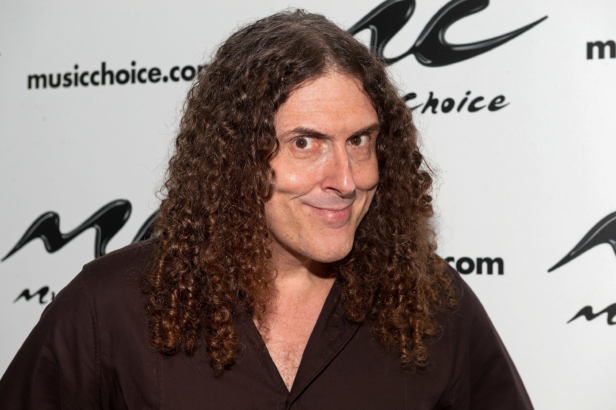 He also performs original songs that are style pastiches of the work of other acts, as well as polka medleys of several popular songs, most of which feature his trademark accordion.

With over 12 albums, a whole career spanning more than 20 years, and four Grammy awards, Weird Al Yankovic is one of the best-known comedic musical performers in the world.

In total, Al has sold more than 13 million albums, making him the biggest-selling comedy artist in music history.

We wouldn’t have guessed that “Weird Al” Yankovic – who as a shy, accordion-playing teenager, got his start sending in homemade tapes to the Dr. Demento Radio Show (hosted by Barry Hansen)- would go on to become a pop culture icon and the biggest-selling comedy recording artist of all time, with classic song and music video parodies such as Eat It, Like a Surgeon, Smells Like Nirvana, Amish Paradise, White & Nerdy, and Word Crimes.

His father was of Yugoslavian descent and had moved to California after serving in World War II.

His mother was half Italian and half English. Weird Al Yankovic, therefore, is of Yugoslavian, Italian, and English descent.

Weird Al Yankovic got his first accordion lesson on October 22, 1966, one day before his seventh birthday.
He first took up the accordion when a salesman came around to solicit business for a music school.

As a child and young teen, Weird Al Yankovic watched a lot of television, which inspired his career. He also became a fan of musicians and comedians like Allan Sherman and Spike Jones.

At Cal Poly, Al had a radio show and earned the nickname “Weird Al“.

In high school, Weird Al Yankovic was a part-time accordion teacher and occasional accordion repo-man. After graduating from college, Al decided that architecture was not for him, so he worked for a few years in the mailroom and later at a desk job for a large radio syndication company in Culver City, California.

Although Weird Al Yankovic had sent tapes to Dr. Demento in the past, at Cal Poly, he recorded his first actual published piece, a parody of the popular My Sharona by The Knack, called My Bologna.

Weird Al Yankovic added New York Times bestselling author to his resumé in 2011 with the release of his children’s book, When I Grow Up (HarperCollins), followed two years later by My New Teacher and Me!

2012 saw the release of Weird Al: The Book (Abrams), an illustrated hardcover on Weird Al Yankovic‘s life and career, and in 2015, Weird Al Yankovic became not only MAD Magazine‘s cover boy but the first guest editor in their 63-year history.

Weird Al Yankovic became a vegetarian in 1992 after he read a copy of the 1987 John Robbins book Diet for a New America, which he said: “made a very compelling argument for a strict vegetarian diet”.

In stark contrast to his stage persona, Weird Al Yankovicc is known by friends and associates to be polite, shy, and introverted, even among family. In addition, he is a Christian, and his religious upbringing is reflected in his abstinence from profanity, alcohol, and drugs.

Weird Al Yankovic married Suzanne Krajewski on 10 February 2001. The couple has a daughter, Nina Yankovic, who was born on February 11, 2003.

On April 9, 2004, Weird Al Yankovic‘s parents were found dead at their home in Fallbrook, California, the victims of accidental carbon monoxide poisoning from their fireplace. Hours after his wife notified him of this, he decided to go on with his concert in Appleton, Wisconsin.

He later said, “Since my music had helped many of my fans through tough times, maybe it would work for me as well … it would at least give me a break from sobbing all the time.”

According to some sources, Weird Al Yankovic‘s net worth is estimated to be about US$20 million.