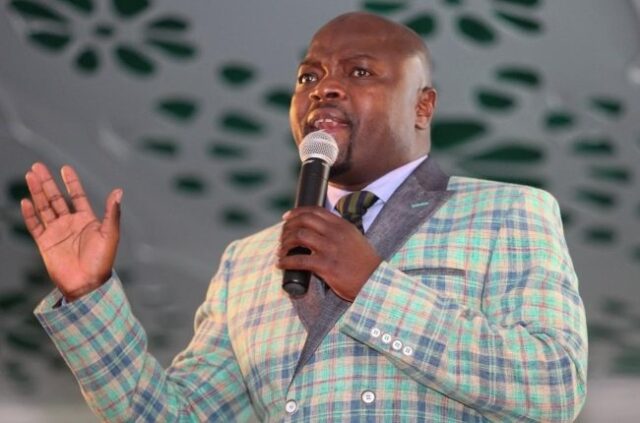 Enoch Frank Phiri, addressed professionally as Enoch Phiri, is a South African Pastor and businessman who has established business operations in South Africa and Zimbabwe.

Pastor Enoch Phiri is the founding father, overseas, and senior pastor of the Restoration House Church.

The church is located in Protea Glen, Soweto.

He has become more renowned through his appearance on the weekly television show, Taking Dominion, which airs on TBN in Africa and One Gospel.

Many people respect him, and even some pastors have taken him as a role model they carefully follow.

Pastor Enoch Phiri’s actual date of birth is not known. He was born and is from South Africa.

Also, nothing about his childhood existence is available to the public.

However, he became famous as a Pastor and writer, and he has never discussed anything about his past.

Pastor Enoch Phiri had his first degree in Theology at Cornerstone Christian College in Cape Town, South Africa, between 1996 to 1998.

After this, he went to do his Masters of Art in Organizational leadership at Eastern University, Pennsylvania, the USA, between 2001 and 2004.

Pastor Enoch Phiri is a lover of good gospel songs, and as such, he has partnered with many famous gospel artists.
He has as well made considerable contributions through his opinions on several issues affecting society.

For example, he has proffered different solutions concerning issues like human trafficking, women and child abuse, human rights, and the current land debate.

Pastor Enoch Phiri’s voice on his opinions has been heard on popular and recognized media platforms in the country. He has voiced his views on several vital media platforms, including;

Apart from his popularity on the air, Pastor Enoch Phiri is well known for the following weekly church service.

Pastor Enoch Phiri is active on Instagram but with a minimal number of followers. His fame is naturally expected to attract more than a hundred thousand followers, but to the surprise of many, he has just a little more than 3200 followers.

This could occur for different reasons, including the fact that he doesn’t post funny content that usually attracts people’s attention.

Pastor Enock Frank Phiri got married to Busisiwe Phiri, and their marriage is blessed with a son and two daughters.

However, on the 18th of June 2019, a source released a very controversial report that the pastor and his wife of eighteen years are no longer together. This news caused many adverse reactions from people as they were surprised and disappointed such could happen between the two.

It was included in another report that Busisiwe Phiri celebrated with her friends and cousin after the divorce. The actual cause of the divorce is not known as of the present. Many rumors have, however, been generated to explain the occurrence.

In the viral video, Busisiwe Phiri sang along as she danced to the song “I’d Rather Be Alone” by Karyn White’s classic.

As a Pastor, author, and television personality, Enoch Phiri is estimated to have about $650,000.

He has accumulated some of this wealth from the numerous volunteers who love his programs and want to impact his ministry financially.