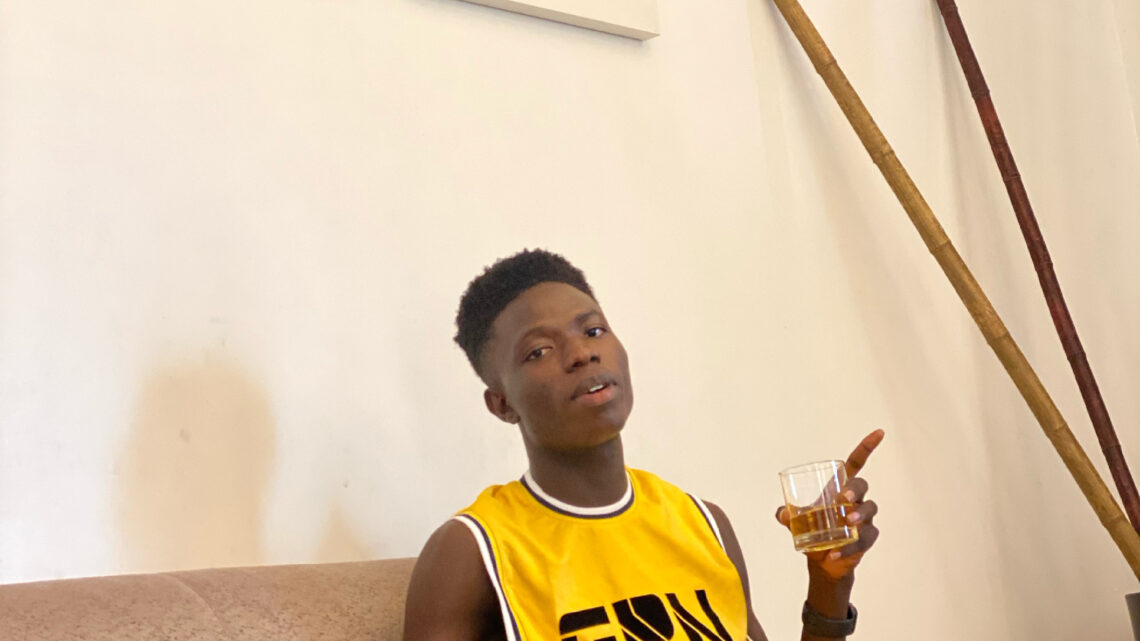 Known by all and sundry by the nickname God’sPlan, Joshua has distinguished himself as one of the leading Gen Z creatives in the fashion and entertainment industry.

Considered a culture custodian by his peers and industry leaders, Joshua Ogharisi (God’sPlan) is a successful entrepreneur who has recorded milestones with his brand, GP Nation.

God’sPlaJoshua Ogharisi (God’sPlan) was born to the family of Mr and Mrs Ogharisi on the 30th Of July in the ancient city Of Benin, in Edo State. He belongs to the Gen Z age-grade because he arrived into the world in the late 90s.

Prior to his birth, his parents had decided that he would bear the names Joshua and Lucky. The former name was inspired by a Biblical character, while the latter was inspired by the belief that their son was destined for great things.

He hails from the South-South Geopolitical zone and is a native of Delta State. Although his parents’ roots can be traced to the Big Heart state, Joshua Ogharisi (God’sPlan) was to spend his formative years in Edo State and reside in a middle-class neighbourhood in the capital city.

Growing up in a middle-class family allowed Joshua Ogharisi (God’sPlan) to enjoy quality education and other basic amenities, thanks to the benevolence of his parents. Besides providing for his needs, the Ogharisi ensured that their son was taught good morals and biblical teachings.

As a resident of Benin City, Joshua Ogharisi (God’sPlan) attended top private schools for his elementary and secondary school education.

Creativity and entrepreneurship are two innate abilities that Joshua Ogharisi (God’sPlan) was born with. Although he had been tapping into both potentials, it was until he graduated from high school that he began expressing both sides thoroughly.

He got the inspiration for the name, Joshua Ogharisi (God’sPlan) after listening to Drake‘s top-charting single, God’s Plan, which was released in 2018. He fell in love with the song right away, and it became his favourite jam for many months. His fondness for the single was so great that he decided to give himself the nickname, God’sPlan.

Since he completed his education, Joshua Ogharisi (God’sPlan) has actively pursued entrepreneurship, founding the brand, GP Nation, to show his passion for space. Although GP Nation (GPN) main focus is the fashion and media space, the SME is also involved in the general merchandise industry.

At GP Nation, Joshua Ogharisi (God’sPlan) holds the double positions of CEO and Creative Director. Under his creative direction, the brand has designed and released a number of collections that have done favourably well in the market. And this has made him a notable face in the Nigerian fashion industry. He is also a shining figure in the media space for his work in the entertainment sub-industry.

Like all other culture changemakers in the country, Joshua Ogharisi (God’sPlan) is a popular figure on social media.

The July 30 born creative Joshua Ogharisi (God’sPlan) is in his early twenties. His favourite pastime is leading creative direction for projects he finds exciting or talents who catch his fancy. He resides in a well-furnished apartment in Lagos State.

The dark-skinned handsome entrepreneur is currently in a serious relationship with a beautiful young lady. However, the identity of his partner is unknown because the couple has decided to keep it a secret. Joshua Ogharisi (God’sPlan) also likes to lead a private life despite being a public figure.

He spent his leisure hours listening to music relaxing with his friends and family members.