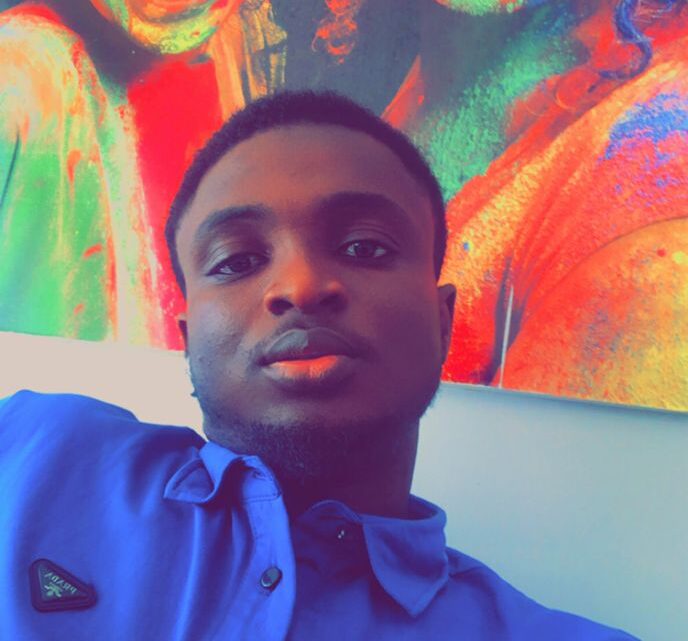 Aladewura Adegboyega (born 7 July 1995) is a multi-niched creative in the entertainment industry, which is popularly known as Hadegold.

He is the Founder and Creative Director of Hadegold Media, a leading digital agency in Nigeria.

He is a versed social media strategist and PR expert who has worked with several notable brands in West Africa.

Hadegold was born into the family of Mr. and Mrs. Oyemade Adegboyega. He was birthed into the world on 7th July 1995. He was born and raised in Agege, Lagos State. However, he is an indigene of Osun State.

His parents named him Aladewura Adegboyega. He hails from the Yoruba tribe in Nigeria. His first name Aladewura is a Yoruba word that means “Crown Of Gold” in English.

Hadegold was born into a religious home and was raised in the Christian faith. As a young boy, he often accompanied his parents to church to attend services.

He became interested in the media industry during his formative years and started developing his writing skill. He was also fascinated with technology, especially computers. He often spent his free hours learning how to use the computer and browsing the internet at cybercafes.

After scoring good grades in the Senior School Certificate Examination (SSCE), he graduated from high school.

Thereafter he gained admission into a University in Oyo State, located in the Southwest region of Nigeria. He bagged a Bachelor’s degree in Computer Science after four years of study.

In 2015, Hadegold began working as a computer and mobile phone technician. He launched this career in Ogun State and soon built a large customer base in the state. He worked with several clients to diagnose faults in their mobile devices and personal computers and repair such devices.

After a while, Hadegold developed a keen interest in the social media space and wanted to leverage it for his career growth. This made him enroll in courses in the fields of social media management and digital marketing.

By 2016, he had grown into a leading social media influencer and worked with brands to promote their products and services. He also consulted for brands as a digital marketer, creating strategies that helped them connect with and sell to their target audience.

He has also had a stint in the writing industry. He is a content writer and once worked with Opera News.

Hadegold has charted a new path in the entertainment industry, where he works as a Public Relations expert and marketing strategist. He has collaborated with brands like Chocolate City Music Group and Hope Never Die Record label, amongst others.

Hadegold currently serves as the CEO of Hadegold Media, a media company he established years back.

Hadegold has a very active social media presence and has a community of followers across his social media handles.

He has over 73.7k followers on his Instagram page.

Hadegold is in his late twenties. The media guru has resided in different states in the Southwest region. He is currently based in Lagos State, where he resides in a spacious and well-furnished apartment.

He once won the Most Influential Student award in the Faculty of Social Science at the Osun State University. He is close friends with several persons in the entertainment and media industry.

At the moment, Hadegold is in a relationship with a lady.

As the founder of a thriving media company in Nigeria, Hadegold makes a lot of money from his company’s services to clients.