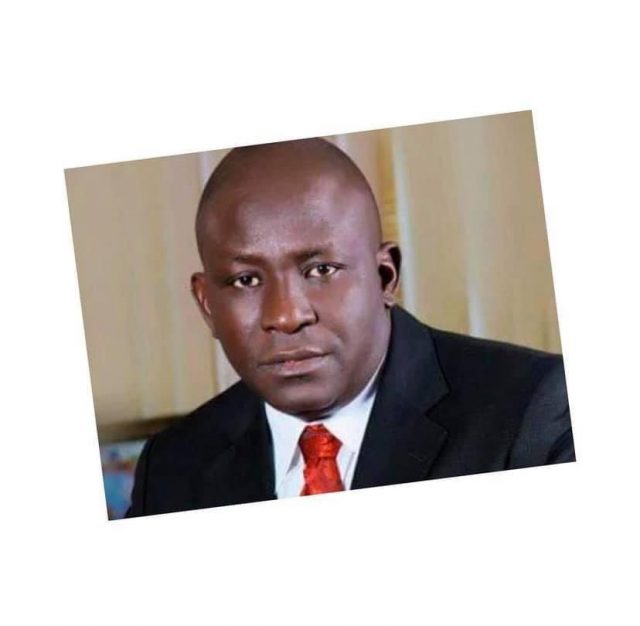 He is Nigeria’s President, Muhammadu Buhari’s former son-in-law who has been declared wanted by the ICPC.

ICPC spokesman, Ogugua Azuka stated that Gimba Kumo was connected to the misappropriation of the National Housing Fund and the diversion of $65 million dollars.

Gimba Yau Kumo is 61 years old currently and was born on the 5th of November, 1959. He hails from Gombe Town, Gombe State, Nigeria.

Gimba Yau Kumo is a graduate, he graduated from Ahmadu Bello University, Zaria, Nigeria. It was in this University he obtained his Bachelor of Science in Business Administration back in the year, 1983.

He proceeded for his master’s degree in Business Administration and Management at Abubakar Tafawa Balewa University in Bauchi state, Nigeria.

He also holds the national honor of the Order Of The Niger (OON). In 2014, he was awarded the award of leadership newspaper.

His marriage to the President’s daughter is reported to be his fourth marriage.

Back in the year 2010, Gimba Yau Kumo was selected and appointed by the former President of Nigeria, Goodluck Ebele Jonathan as the new managing director and chief executive officer, who was in charge of the Federal Mortgage Bank of Nigeria (FMBN) on 4th of December, 2010. His tenure ended in August 2014.

During the end of his tenure as a chief officer in charge of Federal Mortgage Bank of Nigeria (FMBN), he was once again chosen to be the chief officer of FMBN in February 2016, this was after the current president of Nigeria, Muhammadu Buhari sacked him and 25 other chief executives.

Gimba Yau Kumo was declared wanted by the ICPC for the issue of misappropriation of National Housing Funds and Diversion of the sum of $65 million dollars.

He has been tossed to have garnered an estimated net worth of $500 million.