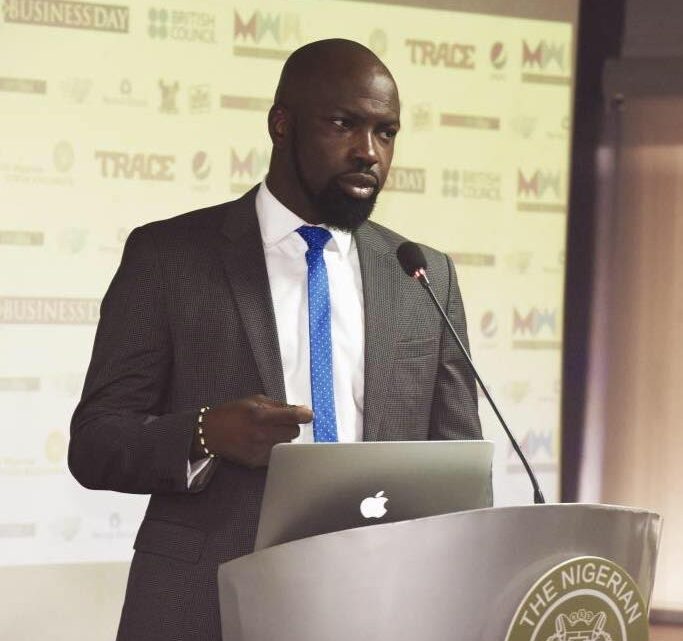 He is the co-founder and Chief Operating Officer of Chocolate City, one of the leading record labels in Nigeria.

He is responsible for the smooth running of affairs of the company.

Paul Okeugo hails from Jos, Plateau State, and was born to the family of Egonu Okeugo and Gladys Onyejekwe.

He greatly enjoyed the supports of his parents during his childhood and teens stage.

He grew up in Jos, where he had all his education.

Paul Okeugo had his primary and secondary education in Jos.

He graduated in 1998 and holds a Bachelor’s Degree in Political Science (Majors: Marketing & Psychology) from the UNIJOS and a Post-Graduate Diploma in Marketing and Planning from the Chartered Institute of Marketing, Moorehall, UK.

Paul Okeugo‘s career started when he reached out in research and analysis at the National War College. From there, he moved into the highly demanding world of the Sales and Marketing profession by joining the British American Tobacco (BAT) in 2003 as a Channel Development Area Manager.

He got employed by Nokia in 2008 (when the brand was still the leading telephone brand in the world) and rose to the role of Senior Business Manager and Head of sales, looking after Sales & Retail for Nigeria, West, and Central Africa.

In 2015, Paul Okeugo ported to Microsoft as a Senior Business Manager, Nigeria, where he led and inspired the Sales team across West and Central Africa, focusing on Nigeria to develop and implement sustainable market growth strategies.

Paul Okeugo was a Senior Business Manager, Nigeria at HMD Global OY (Nokia), to support the re-emergence of the Nokia brand by developing and implementing a sustainable market.

He is also a Board Director of COSON, Nigeria’s premier collection agency for entertainment content. Paul is also the founder of the Guild of Artist and Poets and a senior member of the Abuja Literary Society and the Association of Nigerian Authors (ANA)

Paul Okeugo is the co-founder and Chief Operating Officer of Chocolate City Group. He is responsible for ensuring day-to-day business operations are efficiently and effectively run.

Paul Okeugo has an Instagram page with over 7K followers.

Paul Okeugo is mostly a private individual but is actively involved in advocacy for Autism and Autism related charities in Nigeria.

His son got diagnosed with autism in 2011, and since then, Paul Okeugo and his wife, Esther Sule-Okeugo, have been involved relentlessly in the autism advocacy community and campaign.

He presently lives in Nigeria and shuttle between Jos, Lagos, and Abuja.