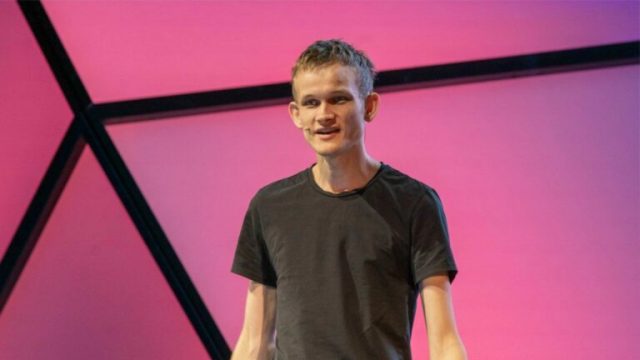 Vitalik Buterin (born 31 January 1994) is a Russian-Canadian programmer who is best known as one of the co-founders of the cryptocurrency, Ethereum.

Ethereum is the second-largest cryptocurrency in the world, with a current market capitalization of over $246 billion.

The token has seen several uses and adoptions all over the world, as its underlying blockchain technology, which uses smart contracts, is extremely useful and has already helped several sectors transform their operations.

A notable example of this is the online gambling and casino sector, where multiple operators now give players the chance to play their favorite games with cryptocurrencies and use blockchain networks to make their websites safer, faster, and more reliable.

Thus, ETH blackjack is just one example of a crypto casino game that is a reality today, and this is only possible in large part due to Buterin’s creation of Ethereum.

Vitalik Buterin was born in Kolomna, Moscow Oblast, Russia on 31st January 1994. He lived in Russia till the age of six, when his parents emigrated to Canada in search of better employment opportunities.

He was recognized as a gifted child at a very young age, being placed in a program for gifted children in just the third grade while in primary school, and he had an attraction towards mathematics and programming from an early age.

He was also interested in economics, and he could add three-digit numbers in his head twice as fast as other kids of his age, which showed the potential he had for his parents and teachers.

This process continued as he joined the Abelard School, a private high school in Toronto, and Vitalik Buterin has spoken about his time in that school as being some of the best and most productive years of his life. He began to truly pay attention to learning and absorbing as much as he could during this time, and he credits that period with developing his hunger for learning that persists even today.

The turning point in his life came in 2010 when he was playing his favorite game, World of Warcraft. Vitalik Buterin logged on one day to discover that his in-game character had some attribute and property changes due to an update by the game developer, Blizzard. The 17-year-old was extremely disappointed and cried himself to sleep that night, and it was this incident that showed him the power and control that centralized services have, and thus developed his determination to work towards decentralization.

Buterin first heard about Bitcoin from his father in 2011, and he became more and more interested in this area till he founded the Bitcoin Magazine in late 2011. He had begun writing for a publication called Bitcoin Weekly, which paid him five bitcoin per article, and after it shut down due to falling revenue, Vitalik Buterin was approached to co-found this magazine and join as one of the leading writers. Bitcoin Magazine is considered one of the first serious publications about cryptocurrencies anywhere in the world.

He attended the University of Waterloo after completing high school, where he also worked as a research assistant for cryptographer, Ian Goldberg, who was the co-creator of Off-The-Record Messaging and was also on the board of directors of the Tor Project.

As his interest and work in cryptocurrencies grew, Buterin dropped out of college in 2014, when he was awarded a $100,000 grant by the Thiel Foundation to work on Ethereum full-time. He first explained his concept for Ethereum in a white paper in 2013, which gained a lot of attention, and led to the launch of the project in January 2014. The Ethereum platform was released publicly in July 2015, after several beta releases and stress tests.

Vitalik Buterin has also made news recently for donating more than $1 billion to the India COVID Crypto Relief Fund, via Ether as well as a couple of dog-based meme cryptocurrencies.

The renowned programmer, Vitalik Buterin is rumored to have garnered an estimated net worth of $1-$3 Billion.