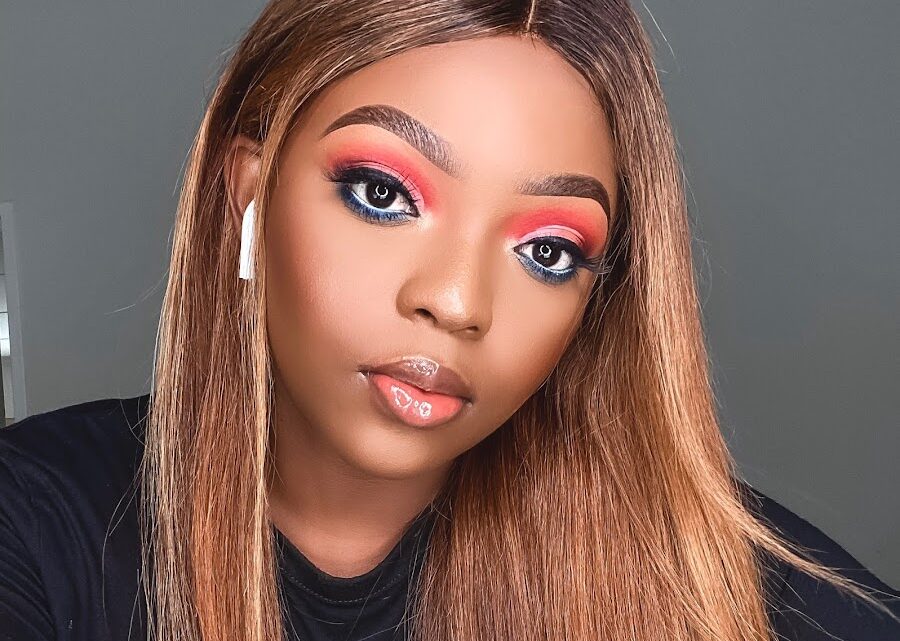 TheCityCeleb Management and Editor’s Team likes to call her The Lady with Magic Fingers because she can transform or disguise herself into an entirely different person with her makeup. It may also awe you that Kay Yarms is a self-taught makeup artist.

If you are an aspiring makeup artist, she is someone you need to follow before going into the beauty industry to learn how to apply various cosmetic products.

Over the years, she has built an enormous fan base on social media. She also provides her fans on social media with her beauty tips. Kay Yarms is a stunning young lady with flawless skin.

She is also the creator of Saxx Beauty, a South African beauty firm.

There are not many details surrounding her upbringing. Also, there are no accurate records about her parents or where they reside. However, Kay Yarms has a brother known as Thubelihle Ngonyama.

Kay Yarms attended the Durban Girls’ High School. Before becoming famous, she resided in Queensburgh by doing what she knew how to do best.

After she completed her matric studies from the Durban Girls’ High School, she pursued an accounting degree at Wits University.

Kay Yarms happens to be the only female in her family, and her mother isn’t a great fan of cosmetics; She narrated that anytime she plays with cosmetics at home, her mother also gets worried about kay messing up her face.

Kay Yarms started her cosmetic initiative after coming home from high school. Soon after, she began to attract clients, and her brand was born, which she named Saxx Beauty. She started a YouTube channel in 2017. Even though she didn’t give it much attention, the YouTube channel is still booming.

Kay Yarms said she only got the chance to perfect her skills until she got admitted into a ladies’ dorm in high school. That was how her journey into makeup and beauty began. She also revealed via an interview that she was into hairstyling before going to high school.

However, she finally developed an interest in cosmetics and discovered that she could become one of the best makeup artists in South Africa. Kay Yarms revealed she learned most of her skills from YouTube before becoming a professional makeup artist.

Her makeup skills have landed her major gigs, she has performed her makeup wonders on some high profile celebrities and personnel’s in South Africa.

Sometimes, some random girls would ask her how she could twist certain things, like eyebrows, lipstick drawing, etc. She also revealed that teaching her inquisitive fans some makeup skills makes her happy and fulfilled.

According to Kay Yarms, she has learned to trust God to guide and lead her through the right path. She also made known that she would like to open a cosmetics and beauty academy in the future. She said she wants to teach people who are interested and plan to toil in her path of career.

We still don’t know much about the love life of Kay Yarms, but according to her relationship status on Instagram, it says that the makeup artist Kay Yarms is single, has no boyfriend, husband, kids, and she has never been married.

The gorgeous Mzansi beauty, Kay Yarms, is estimated to have a net worth of around US$1 million – US$5 million. She built her wealth and fortune primarily from brand influencing and endorsements.