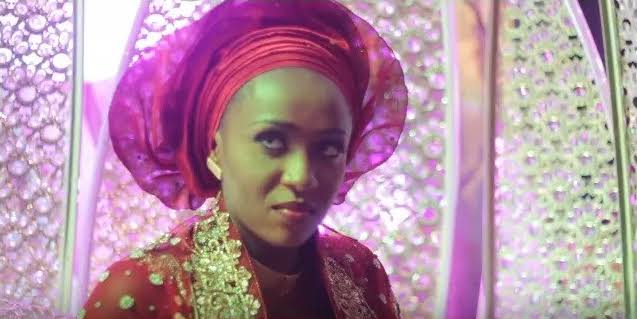 Maryam Sanda is a Nigerian businesswoman and northerner who became popular after she murdered her husband, Bilyaminu Bello in 2017.

She was convicted for the murder and given a death sentence.

Maryam Sanda is the daughter of Maimuna Aliyu, who is a former Executive Director of Aso Savings and Loans.

Maryam Sanda broke into national news when it was reported that she was responsible for stabbing her husband, Bilyaminu Bello to death.

The couple had a fight prior to the incident, which happened on the 18th of November, 2017 at their Maitama residence, Abuja.

The couple had got married in 2015. Their first child, a girl was just six months old at the time of her husband’s death. She was also pregnant with another child, a boy which she delivered months later.

Her late husband, Bello is the son of a former minister and the nephew of Bello Haliru, a former PDP national chairman.

On the other hand, Maryam Sanda denied stabbing her husband and claimed that she had hit him with a Shisha bottle and that he tripped and fell on it, injuring himself.

She was charged with murder at the Abuja High Court and was remanded in prison.

She was later released on bail in March 2018 when news emerged that she was pregnant. She delivered a baby boy on the 7th of August, 2018.

Her trial was recommenced in November 2018.

She was found guilty of murdering her husband by the FCT high court in January 2020.

Justice Yusuf Halilu sentenced her to death by hanging.

She appealed the death sentence in February 2020.

On the 4th of December, 2020, the appeal court upheld the judgment of the high court, sentencing Maryam Sanda to death for the murder of her hubby.