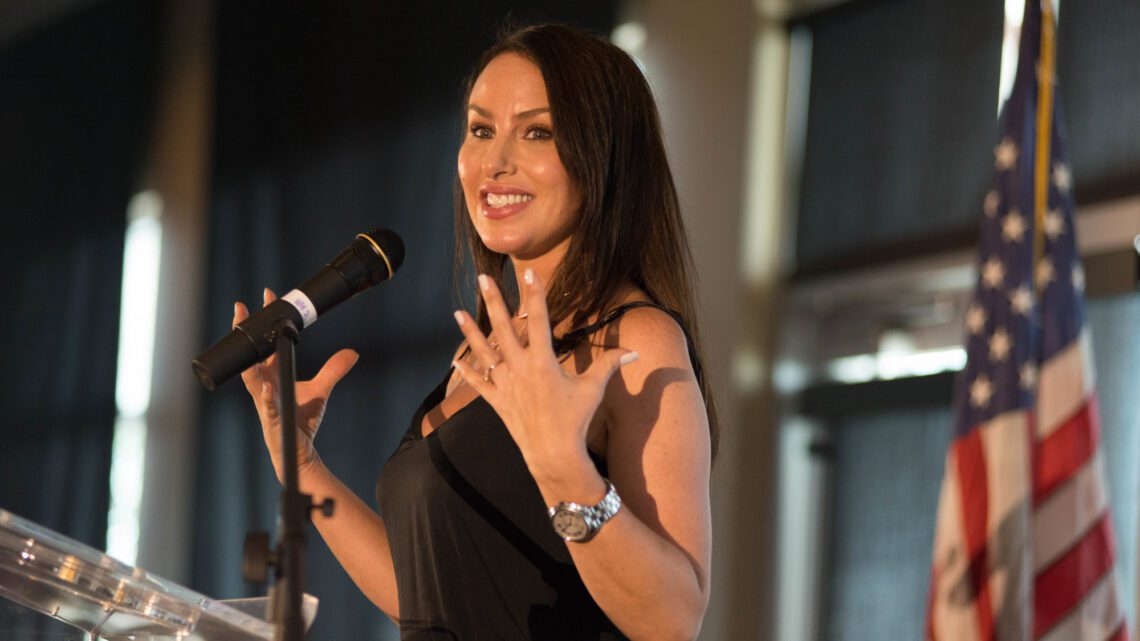 Molly Bloom is an entrepreneur and public speaker from Colorado, USA. She rose to fame by releasing her 2014 book Molly’s Game. This was an account of her time as a casino croupier and poker dealer for high-stakes games. Often attracting celebrities and high rollers to her events, she is now a keynote speaker and author.

Molly Bloom‘s early life was spent in Loveland, Colorado, with her father and mother. Her mother was a ski and snowboard instructor, setting her off to Olympic stardom. Ranked third in the Nor-Am Cup season, her aspirations were dashed when a serious injury meant she could no longer compete. She left the sport behind entirely to pursue another career.

Molly Bloom was born on the 21st of April, 1978 to Larry Bloom and  Char Bloom. She has two siblings: Jeremy Bloom and Jordan Bloom.

Molly Bloom‘s career began when she moved to Los Angeles. Here, she began working as a bartender. A manager at the famous Viper Rooms asked her if she would like to earn extra income as a croupier in high-stakes poker games taking part at the club. The actor Tobey Maguire had requested that they hold a game there. This started her on a journey that would soon see her registering her own company to hold celebrity poker bouts.

Training as a croupier can be just as rewarding for anyone else who wants to try it. You get to keep your mathematical prowess on top form and learn many communication skills. If you decide to take it further, like Molly Bloom, you may see the world as you can work on cruise ships and in resorts. This helpful guide can get you on your way, and before long, you may be working as a croupier at the tables of famous stars as well.

With business booming, Molly Bloom moved to New York. Here, without the contacts she had in Los Angeles, her business began to falter somewhat. However, writing about her experiences would be the catalyst she needed for a whole new chapter in her life.

In 2014 the story of her amazing journey was published in the book Molly’s Game. A bestseller, it was so entertaining that it soon had a movie commissioned. With a screenplay adapted by Aaron Sorkin and directed by him, it had an all-star cast featuring Jessica Chastain, Idris Elba, and Kevin Bacon.

Although with added fictionalized elements, it followed the story quite closely. It managed to gross $28.8 million in the US and Canada alone. The critics generally praised the movie, particularly highlighting the chemistry between the two leads and the strong directorial debut. It won many awards and nominations, many crediting the portrayal of the female lead inhabiting a world generally occupied by men.

Molly Bloom is now a highly in-demand keynote speaker. She often discusses her business enterprise in various media and has appeared on shows like The Ellen Show. She has also been featured in publications such as The New York Times and Vulture. You can often hear her speeches at many iGaming and casino industry events, where her predictions for the industry’s future are well-regarded.