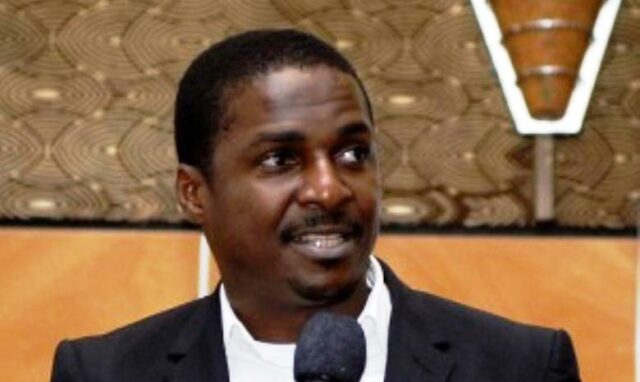 Toyin Subair (born 1969) is one of the most hard-working and intelligent businessmen there’s.

His business hovers around entertainment and television.

Professionally speaking, he is a media and entertainment entrepreneur and TV investor who has brought forth a new blueprint in the media market.

He is most famous for his role in the establishment of a popular TV channel known as HiTV.

The story of Toyin Subair‘s rise to fame is still under research by our team. But we can categorically confirm that the Nigerian is among one of the few people passionate about television development.

Over the years, his movement of changing the complexity and ideas of television broadcasting has experienced ups and downs, at the same time coming under intense scrutiny and criticism by television users and enthusiasts.

He is one of the pioneers campaigning for the transition of analog television to digital television in Nigeria and West Africa as a whole.

Toyin Subair started with the creation of a new TV station known as HiTV. HiTV is a multi-channel digital satellite television service aimed towards raising the bar for pay-per-view decoder systems.

The idea and creation of this TV channel were going on smoothly until it suddenly collapsed a few months later, majorly caused by contractual disagreement with the TV’s board of directors and shareholders.

According to Toyin Subair, while speaking in an interview, a clause in the contractual agreement paved the way for a group of founding shareholders to cut off the company income generation and render the inability to sell the company’s subsidiary.

The exercise blocked the company’s capital rights and investment and, at the same time, crippled the TV broadcast, making it crawl into debt. Even at that, Toyin Subair said the management kept on pushing and shuffling for alternatives over eight months that will boost their (company’s) finance revenue to bring about acceptability and trust to impress the shareholders. But, unfortunately, the equity market had gone bust by that time, leaving the TV company in shambles.

The fall of HiTv made followers question the ability of Toyin Subair to manage a TV station properly, and more criticism followed after the TV lost the hosting right to broadcast EPL matches.

But Toyin Subair is not the man to fall under criticism or pressure. On the contrary, it happened to be a factor that motivated him to establish another pay-Tv which he named FreeTV.

The new station served a minimum of 5.5 million Lagosians as it was situated and made to broadcast in Lagos only.
So far, the Television station is a significant success, with lots of commendation pouring in for the entrepreneur’s success.

Deeproot research showed that HiTv was not the first neither the third television station Toyin Subair has failed to manage. But then, there’s PlayTV, one of his failed ventures, including others unknown to the media.

Toyin Subair was wise enough to take advantage of the enforced transition from analog broadcast to digital broadcast from speculation regarding his current TV.

So far, we can categorically state that Toyin Subair‘s long-time dream has come to manifestation this time around through persistence and determination.

Toyin Subair, according to sources, is Fifty-two years old. It became known to the public after the entrepreneur celebrated his fiftieth birthday two years ago with loved-up photos with his wife.

Toyin Subair is married to a beautiful Indian woman named Anita Gupta, who owns a fashion accessories shop at the hub of London, England.

The duo had quiet matrimony in London with few friends. Notable members in attendance were Seyi Tinubu (Scion of the Asiwaju), Bola Tinubu, and Hon. Jimi Lai Mohammed (Son of Nigeria’s Minister of Information, Lai Mohammed).

Toyin Subair is the CEO and founder of FreeTV. He makes quite a fortune off the digital platform.

He owns an N100 million private cinema/theatre located in Adeniran Ogunsanya street, Surulere, in the commercial city of Lagos.

The net worth of the dream achiever is not precise, however, estimated to be in the region of $1 and $5 million.