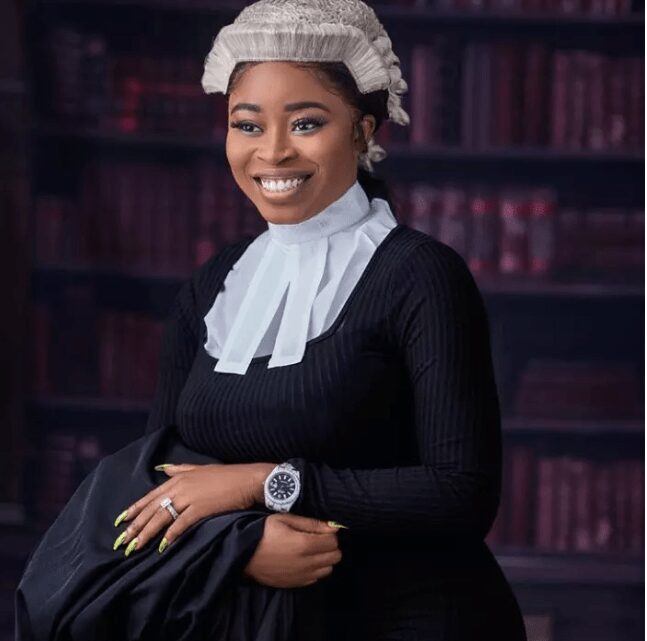 Deola Smart Adeyemi is a 30 years old Nigerian lawyer and entrepreneur who was born in 1992.

She is the daughter of the popular Nigerian politician and journalist, Senator Smart Adeyemi.

Deola Smart Adeyemi was born to the illustrious family of Mr and Mrs Adeyemi of Kogi State on the 21st of November 1992.

Senator Adeyemi used to be a journalist and was a former National President of the Nigerian Union of Journalists.

She completed her primary school and secondary education in Nigeria where she obtained her First School Leaving Certificate and West African School Certificate.

She has a law degree under her belt and studied at the Nigeria Law School before being called to bar.

Though only 28, Deola has grown into a business mogul over the years. She is the Chief Executive Officer (CEO) of the hotel chain, No. 1 Hotels and Lounge which has branches in Lagos, Ibadan and Abuja. The hotel was launched in November 2019.

She is also the founder and CEO of the company, Tuvia Technology. The brand deals with mobile phones, computer tablets and power banks.

Tuvia Technology was launched on the 2nd of July 2019. Tuvia mobile phone is the only phone company in Nigeria to have as inbuilt options the three main Nigerian languages – Yoruba, Igbo and Hausa.

Deola is also the executive director of the NGO, Deola Smart Foundation, which was founded in 2017. Through the organization, Deola has done a lot of charitable work by providing relief materials (food, clothes and money) to orphanages, prisons, widows, less privileged and sponsoring community feeding programs.

Her Twitter handle is @DeolaSmart. She has over 3,513 followers on the platform.

The 30-year-old Deola Smart got married to the love of her life on the 5th of December, 2020. The lucky man who is her husband is a celebrity jeweller and businessman Olusola Awujoala a.k.a Malivelihood.

Deola and her hubby had started dating in 2015, after which they got engaged in 2017.

The couple wedded at the National Ecumenical Centre, Abuja. The event was attended by top politicians across the country including the Vice President, Professor Yemi Osibanjo and his wife, Dolapo Osibanjo, and the Senate President, Ahmed Lawan.

The wedding was a lavish one as invited guests went home with Hublot watches as souvenirs.

Their wedding cake reportedly cost four million naira and it took 125 days for it to be prepared by a team of 18 bakers. The cake was made by popular Instagram Baker, Cakes by La.

At the reception, six truckloads of live flowers were used to decorate the hall.

One of the highlights of the event was when an Uber driver, Austin who had come to drop off a guest won a raffle draw and went home with 3.5 million naira and a Lexus car.

In the past five years, Deola Smart Adeyemi has grown into a very successful businesswoman. She currently has an estimated net worth of 1 million dollars.