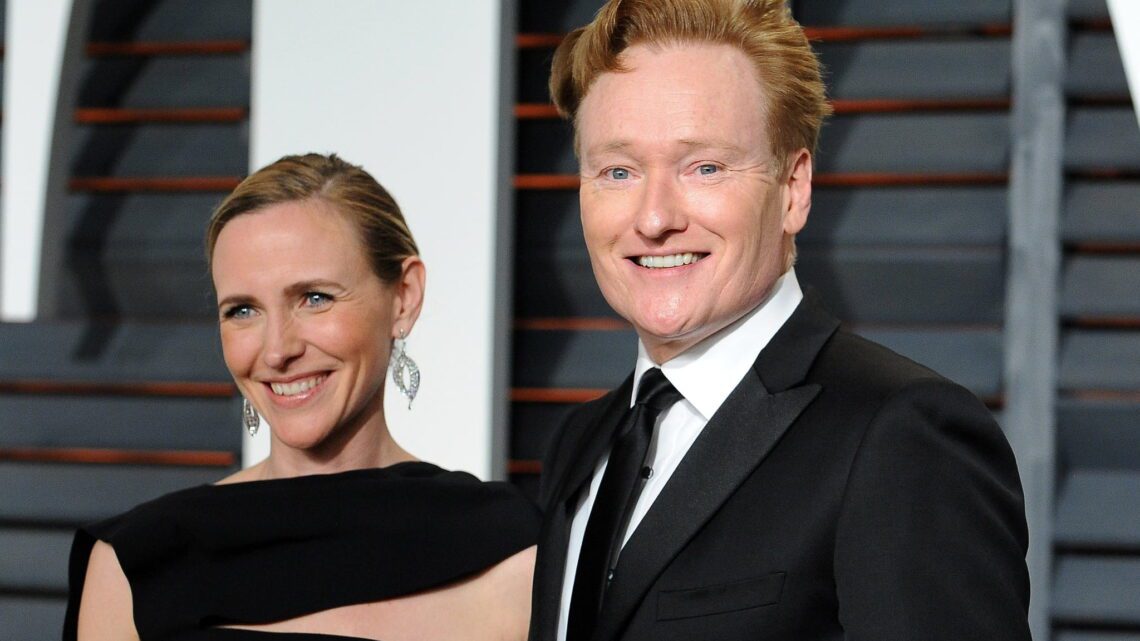 She is most known for being the wife of a comedian, host, and producer named Conan O’Brien. Her husband has been on a variety of shows, including The Simpsons, Saturday Night Live, and Late Night with Conan O’Brien.

What is it like to be a celebrity? Let’s take a sneak preview of some interesting facts about Liza Powel O’Brien.

Liza Powel O’Brien was born on November 12, 1970, in Bainbridge Island, Washington, United States. She was born to Jake Powel, a Dixieland guitarist, and his wife, Ann Powel.

For more than 20 years, her father, Jake Powel, has played the guitar every Monday at New Orleans Creole Restaurant.

Liza Powel O’Brien‘s parents divorced when she was six. She and her brother, Christopher Powel, lived with their mother, Ann Powel.

She grew up in Seattle, studied at Vassar College, and graduated from Columbia University‘s School of the Arts. As for now, she owns several residences alongside her husband in Connecticut and Massachusetts.

Liza Powel O’Brien first met her husband Conan O’Brien in 2000, when she featured in one of his shows. He fell in love with her at first sight! “Somewhere, in the vault at NBC, there’s a tape of me falling in love with my wife on television,” Conan O’Brien said in a candid interview with Piers Morgan.

In July 2001, the two started dating and became engaged. They tied the sacred knot two years later, on January 12, 2002. Their wedding ceremony occurred in St. James Cathedral in Seattle, Washington, while their reception occurred at Union Station in Seattle.

When Conan O’Brien was abruptly fired as host of The Tonight Show in 2010, he was devastated and despondent. Liza Powel O’Brien discussed her husband’s mental state after the incident in an interview with Rolling Stone.

He had been upset for weeks, she said. He was suffering from melancholy thoughts. During this time, she assisted him in escaping his unhappiness by assigning him constructive activities such as making dinner and picking up the kids from school. He gradually recovered his mental health with her help, Liza Powel O’Brien narrated.

Liza Powel O’Brien began her career as an advertising executive for Foote, Cone & Belding. She subsequently wrote screenplays for theaters and festivals in Seattle, New York, and Los Angeles.

She’s also been on Late Night with Conan O’Brien, Conan O’Brien Can’t Stop, 60 Minutes, and SXSW Flashback 2011, among others.

Liza Powel O’Brien has also been involved with the Children’s Defense Fund’s Beat the Odds program, which assists at-risk high school students who are academically gifted. She also serves on the reading committee for Ojai Playwrights.

Liza Powel O’Brien is one of the celebrity wives who has made a good fortune for themselves after accumulating an estimated net worth ranging from US$10 million to US$15 million.