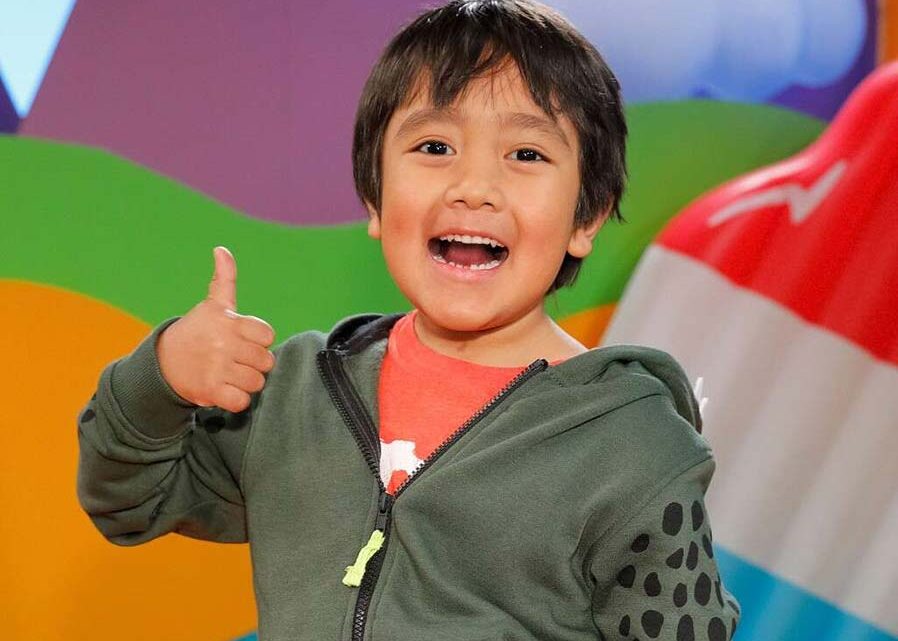 Ryan Kaji (October 6, 2011) is a child YouTuber from America who has achieved international fame for running the YouTube channel Ryan’s World.

The youngster started his content creation career by posting toy review videos on his channel, which was formerly known as Ryan’s Toys.

He has expanded his content to include a vlogging career, unboxing of gifts, and childhood antics with his sister.

Ryan Kaji was born in Texas on the 6th of October, 2011. He has Japanese and Vietnamese ancestry. He was birthed into the family of Shion Kaji (father) and Loann Kaji (mother). He is the first child of the Kajis and was born two years before his parents’ wedding.

He has two sisters: Emma Kaji and Kate Kaji, who are twins.

His father, Shion Kaji, is a Japanese American who was born in native Japan, while his mother, Loann Kaji, is Vietnamese-American. His maternal grandparents had immigrated to the United States at the end of the Vietnam War.

Ryan Kaji‘s father works as a structural engineer. His mum studied Social Sciences at Texas Tech University for her higher education. After graduating from college in 2010, she secured a job as a High School Chemistry Teacher.

Ryan Kaji was home-schooled by his mother for his pre-school and kindergarten education.

He is currently home-schooled by a team of experienced private tutors for his elementary school education.

Ryan Kaji commenced his YouTube content creating at the young age of four. The decision was taken after he had watched some Toy reviews on the Internet. He received support from his parents to pursue his newfound interest, and they helped him open a YouTube channel. At the start of his career, the channel was named Ryan’s Toys Review but has now been changed to Ryan’s World.

Ryan Kaji became a YouTuber officially in 2015, and in the space of seven years, he has grown into one of the top child YouTubers in the world. Between the years 2016 and 2017, he earned US$11 million from his videos. At the end of 2018, he was the highest-paid YouTuber in the world, with earnings reaching US$22 million.

Ryan’s World has been listed among YouTube’s Top 100 Most Subscribed Channels in the United States. One of his videos, Huge Eggs Surprise Toys Challenge, has over 2 billion views. The video is included in the exclusive list of the top fifty most watched videos on YouTube. Currently, his videos have gained a combined over 47.13 billion views online.

There are over 158k followers on Ryan’s World Instagram page. His mother manages Ryan Kaji‘s page.

Ryan Kaji lives a very comfortable lifestyle with his parents and sister. The Kajis family has made a fortune off Ryan Kaji‘s content creating career. The Guans chose to be known by the on-screen name Kaji to separate their public life from private life.

Ryan Kaji‘s channel has been the subject of a complaint by Truth In Advertising. The organization has accused the channel of not adequately displaying sponsored content. Currently, the complaint is being investigated by the Federal Trade Commission.

Ryan Kaji is still young and has no girlfriend; he is not married.

Ryan Kaji is one of the highest-earning YouTubers in the world.

Ryan Kaji‘s net worth is estimated to be worth US$35 million.