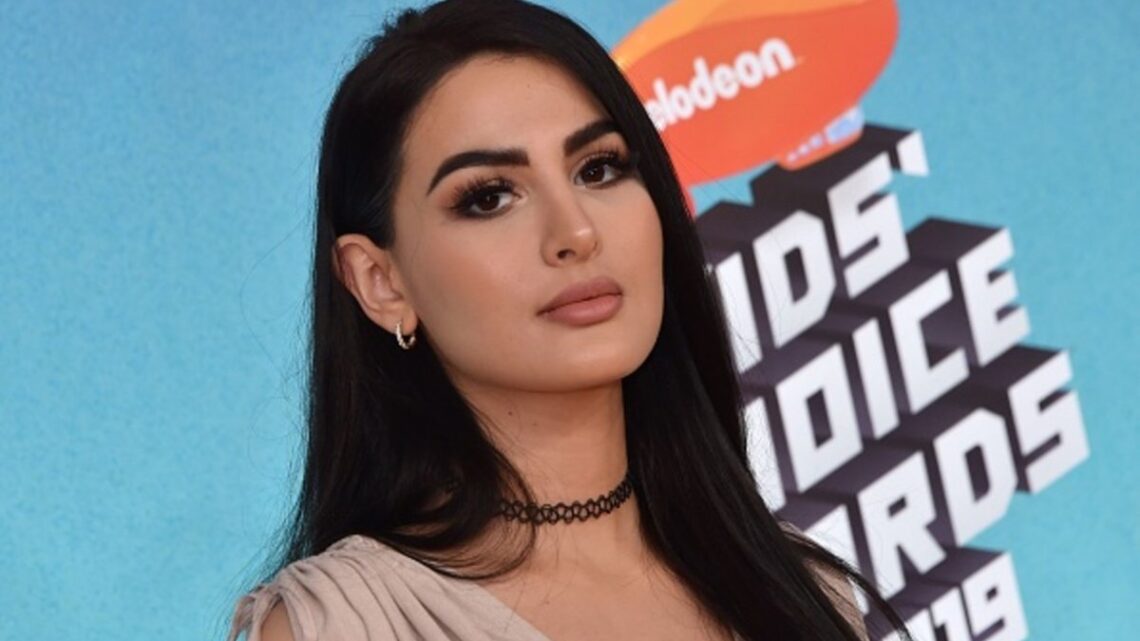 Alia Marie Shelesh (born October 22, 1992), a.k.a SSSniperWolf on YouTube, is an English-American YouTuber.

The hugely popular YouTube gamer is known for her Call of Duty gameplay videos and reaction videos, and cosplays of anime and video game characters.

The celebrity is a well-known YouTube vlogger and video game broadcaster who began playing games at the age of six.

SSSniperWolf is now one of the most well-known and well-paid YouTube performers on the planet.

SSSniperWolf, who was born Alia Shelesh in England to Turkish-Greek parents, has always been obsessed with gaming.

So when she was six years old, her father purchased her and her brother a PlayStation.

In an interview with Vogue in 2020, she stated how a tumultuous scenario at home led her to where she is now.

In her own words, She said, “My brother and I used to get into a lot of fights when we were younger, so my father bought us a PlayStation in the hopes of calming the waters. We’d play everything from Metal Gear to Digimon World because it worked.”

She spent her free time gaming because she had nothing better to do, and she quickly became addicted. She and her brother would rush to the PlayStation as soon as they got home from school, and they would usually play throughout the weekend.

She is the oldest of three siblings, with two brothers and one sister. YouTuber Ranya Lasagna, whose actual name is Ranya Shelesh, is SSSniperWolf‘s sister.

One of her brothers is Paul Shelesh. He was born in 1993 and, like the rest of his family, resides in Glendale, Arkansas. He is an avid guitar player and a vehicle enthusiast.

Bakir Shelesh is the YouTuber’s younger brother. She used to play video games with him when they were in elementary school, and she was always the victor.

The Shelesh family resided in an apartment in England, but it quickly became too small, so they packed their belongings and relocated to the United States.

SSSniperWolf finished one term early from high school a semester early and enrolled at Glendale Community College. She subsequently went to a university to study pharmacy before switching to nursing.

She completed all of her nursing prerequisites but chose to take a break. She said on Twitter in June 2015 that she was thinking about going back to school to get a degree in game design, although she has yet to do so.

In 2013, SSSniperWolf became a YouTuber. Her YouTube career began as a gaming channel, with her Call of Duty gameplay becoming particularly popular. Since 2017, her channel has primarily consisted of reaction and vlogging videos.

Her channel still includes gaming, although it has slowed over time. Alia has one of the most popular female reaction channels on social media and YouTube, with a massive following. She used to live-stream on Twitch, but now she prefers to do so on YouTube.

She now has over 30 million subscribers on her YouTube channel and has received over 8 billion views.

SSSniperWolf enjoys creating and crafting her own outfits in addition to gaming. She started a second YouTube channel, Little Lia, dedicated to DIY clothing, fashion reviews, and beauty instructions, incorporating another pastime into her online identity.

She is also a big fan of anime and routinely participates in the cosplay craze, dressing up as video game and television characters.

In 2013, SSSniperWolf began dating fellow YouTuber Evan Sausage. In a 2015 video titled How I Met My Boyfriend, she explained how they met. It all started when Evan sent her a message. The chat rapidly developed into a friendship, and she began texting and skyping throughout the day.

Even though she stated that their relationship had some tough patches and growing pains, they eventually met and bought a house together.

In May 2016, the YouTuber stated that she and Evan Sausage had broken up and that he had moved out of their home in a video titled We Broke Up. She went on to say that Evan Sausage had left for Las Vegas and was no longer in communication with her.

However, by June 2016, they were back together, as she stated in a video titled We Got Back Together. However, the restored love affair did not continue long; by September of that year, SSSniperWolf had made another video explaining that they had broken up but were still friends and living together happily.

By the next year, she was referring to Evan Sausage as her boyfriend once more. He began to appear in her videos as well.

SSSniperWolf is not married but is in a serious relationship with her long time boyfriend, Evan Sausage.

SSSniperwolf, commonly known as Lia Wolf, is a British-American YouTube star with a net worth of US$6 million.

SSSniperwolf is one of the most well-known and well-paid YouTube personalities in the world. She has over 30 million YouTube subscribers, and her videos have received over 8 billion views.

According to Tubefilter, SSSniperWolf gained 200,000 new subscribers and received 125 million video views in just one week in July 2020.