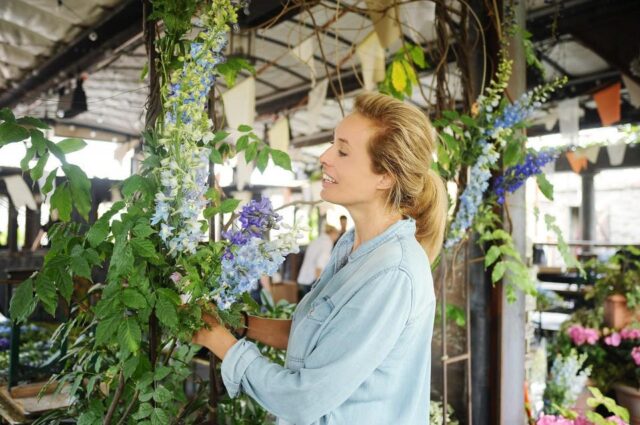 She is famous for appearing in Victoria’s Secret and the covers of the covers magazines such as Cosmopolitan and Vogue.

She was also superb for her roles as an actress in Wild Wild West as Amazonia (1999) and The Venice Project as Alana/Lucrezia (1999).

Frederique van der Wal was born in The Hague, Netherlands, on 30 August 1967. She is Dutch by nationality and grew up in The Hague.

She always fancied herself as a good actress during her childhood. Her beauty and talent played a huge role in deciding her chosen career.

Information about Frederique van der Wal‘s educational background and qualifications is unavailable at the moment. However, it can be said that she studied in The Hague, Netherlands- where she grew up.

Frederique van der Wal has featured in campaigns for Revlon, Victoria’s Secret, and Guess?. She has also been profiled in Forbes and InStyle.

In 2003, she appeared in a stage production of The Vagina Monologues (Washington D.C.) and had played in films by renowned directors such as Barry Sonnenfeld (Wild Wild West), Woody Allen (Celebrity), James Toback (Two Girls and a Guy) and Wim Wenders.

Frederique van der Wal has produced and appeared on television programs including “World Class with Frederique” for the Scripts network, The Ultimate Holiday Towns USA, a two-hour special for A&E, and broadcasts in her native Holland.

She featured as the Mole in a Hawaii celebrity edition of ABC’s popular TV series titled The Mole and worked as the host and producer of Discovery TLC’s Cover Shot, where she assembled an expert team of make-up artists and stylists to transform an everyday woman into a cover model. Frederique van der Wal is currently a featured host on RTL 5’s The Face.

She has also been a guest lecturer at Harvard University, and in 2011, was the recipient of the Marie Claire Entrepreneur of the Year award. Frederique van der Wal has previously been involved in licensing deals carrying her name as diverse as a line of lingerie, loungewear, and sleepwear, a bathing suit line, a signature fragrance, a workout video, and a calendar.

In 2005, The “Frederique’s Choice Lily” was unveiled at a ceremony in Amsterdam, her native Holland named a Lily in her honor and inspired her to develop, produce and host a television program called The Invisible Journey with the Discovery Channel, which traced the route a flower travels from the growing fields of Africa, through the markets and auction houses in the Netherlands, to a special event in New York City.

Subsequently, Frederique van der Wal created a lifestyle brand within the flower industry called Frederique’s Choice. With the launch of the US unit of the business in 2015, she executive produced and hosted a TV show titled HomeGrownMakeover with Frederique and Carter (Carter Oosterhouse), a 10-episode TV series that aired in 2016 AETN’s FYI channel.

The program transforms homes by using flowers and plants, bringing the outdoors indoors. Her business also appeared in the season finale of Germany’s Next Topmodel with host Heidi Klum.

Frederique van der Wal flaunts her sexy body on social media, is admired by many, and attracts several reactions. She now has over 15.7k followers on Instagram, with several others on Twitter and Facebook.

Frederique van der Wal stands out wherever she goes due to her incredible fashion tastes and elegance. The Dutch actress’ hair is blonde and her eyes blue.

Frederique van der Wal‘s former career as a model fueled her average income. She appeared in essential roles where she got paid handsomely as an actress. She has a net worth estimated at US$2 million.